For over twenty years, “Saturday Night Live” has been poking fun at Democratic nominee for President of the United States Hillary Clinton.

RELATED: This “SNL” skit roasted Bill Clinton and became one of the funniest political skits they ever put on

In one clip from season 24, the Clintons get into bed shortly after the details of Bill’s sexual misconduct with Monica Lewinsky surfaced.

The two try and watch TV but are distracted when station after station broadcasts Bill’s affair.

The Clintons stay silent for most of the sketch and eventually turn the TV off.

When Bill tries to cuddle up against Hillary, she yells out a definitively negative “nope!” before Bill turns over and delivers the “SNL” signature catchphrase. 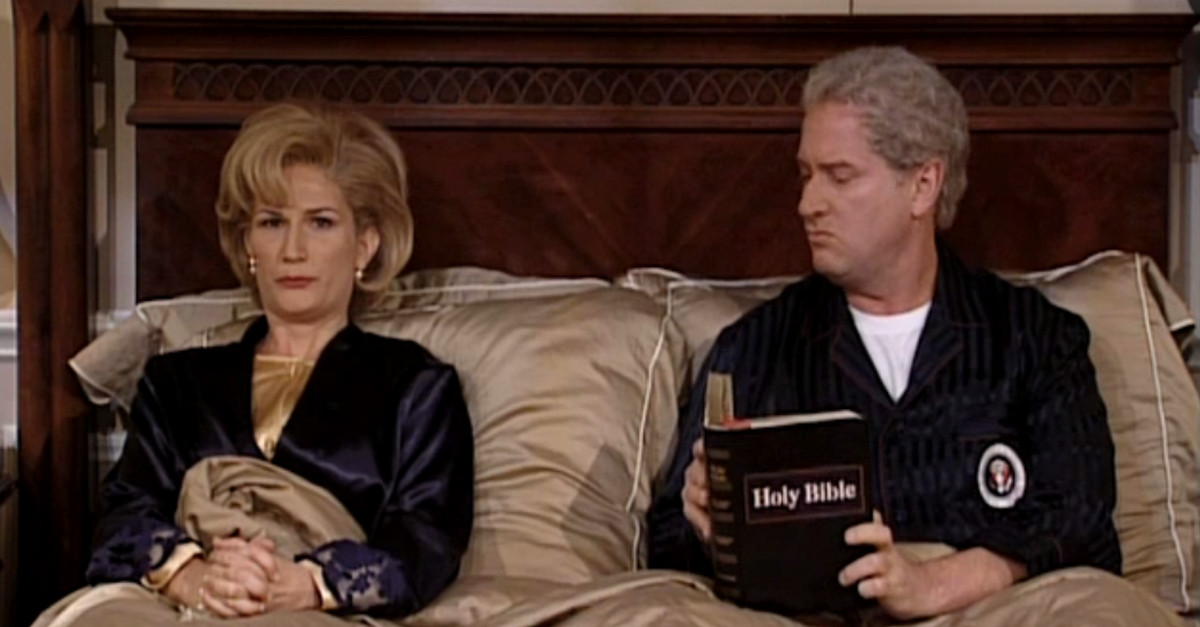