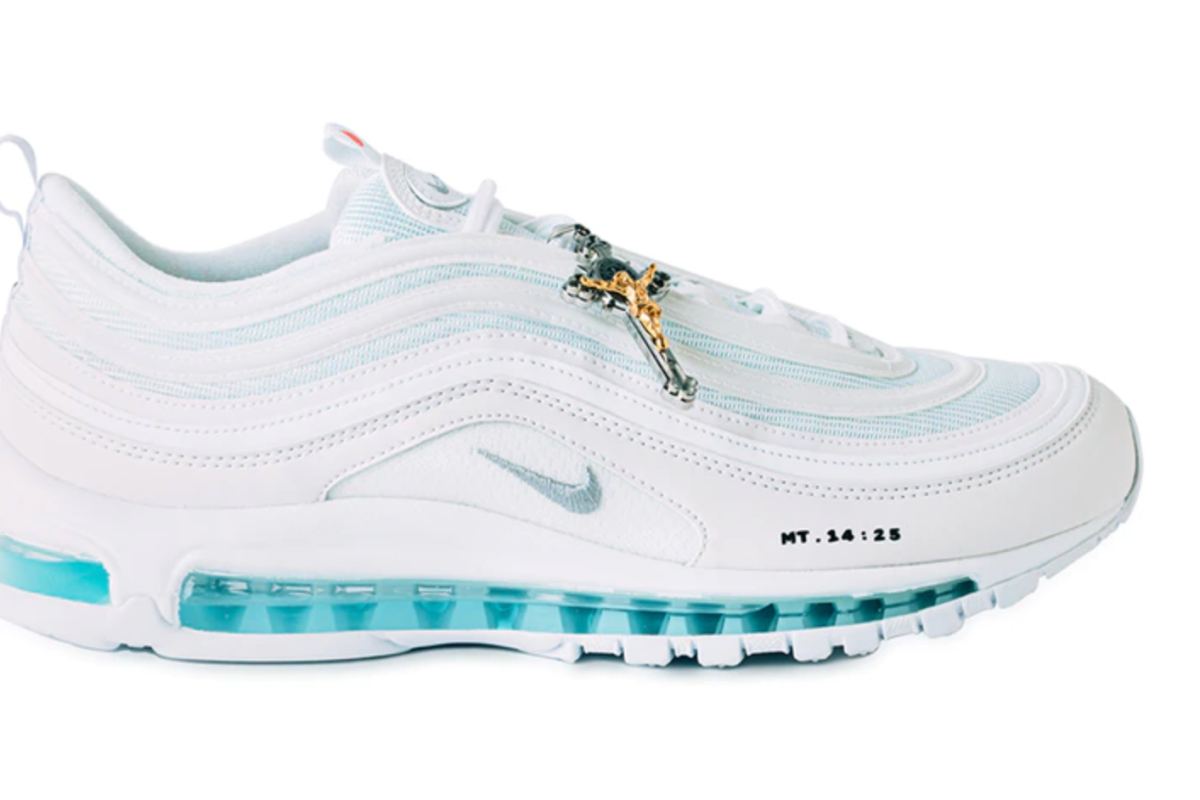 If you’re interested in honoring God in the exact way Jesus instructed us all not to then great news! There are some shoes for that. They’re expensive, idolatrous, vulgar (at least in how expensive they are), dishonest, and material. They’re even vaguely reminiscent of a Plenary Indulgence, insomuch that at least a few rich idiots will buy them thinking that the cost of the sneakers will prove their dedication to God, to God, because they don’t really understand the meaning of omnipotent.

Brooklyn-based creative label MSCHF — that’s a string of words only Jesus could love — has produced a customized Nike Air Max 97 that features 60cc of holy water sourced straight from the River Jordan, a steel crucifix in the laces, and red insoles that have been perfumed with Frankincense. Matthew 14:25 is also inscribed on the toe box in reference to the passage in the Bible when Jesus walked on water.

Easily the best part of this shoe, however — and by best I, of course, mean “most blasphemous” — is the letters INRI being stitched on the back. INRI, which is an abbreviation for “Iesus Nazaraeus Rex Iudaeorum”, which translates to “Jesus Nazarene, King of the Jews?”, which Roman soldiers pinned above Jesus as he was dying horrifically on the cross as, like, a funny joke. Because wow you must be a pretty crappy loser of a king if you’re getting crucified. The Romans had a sense of irony. MSCHF does not.

The shoes were released on October 8th and sold out in one minute. Now you can only get them on the StockX marketplace, which is an online sneaker market. They’re currently going for an unGodly (literally) $2,499.

So log on to StockX, spend enough money to feed ten starving families for a month, and show everyone that you’ve heard of the Bible but haven’t actually read it.

This article was originally published October 15, 2019.