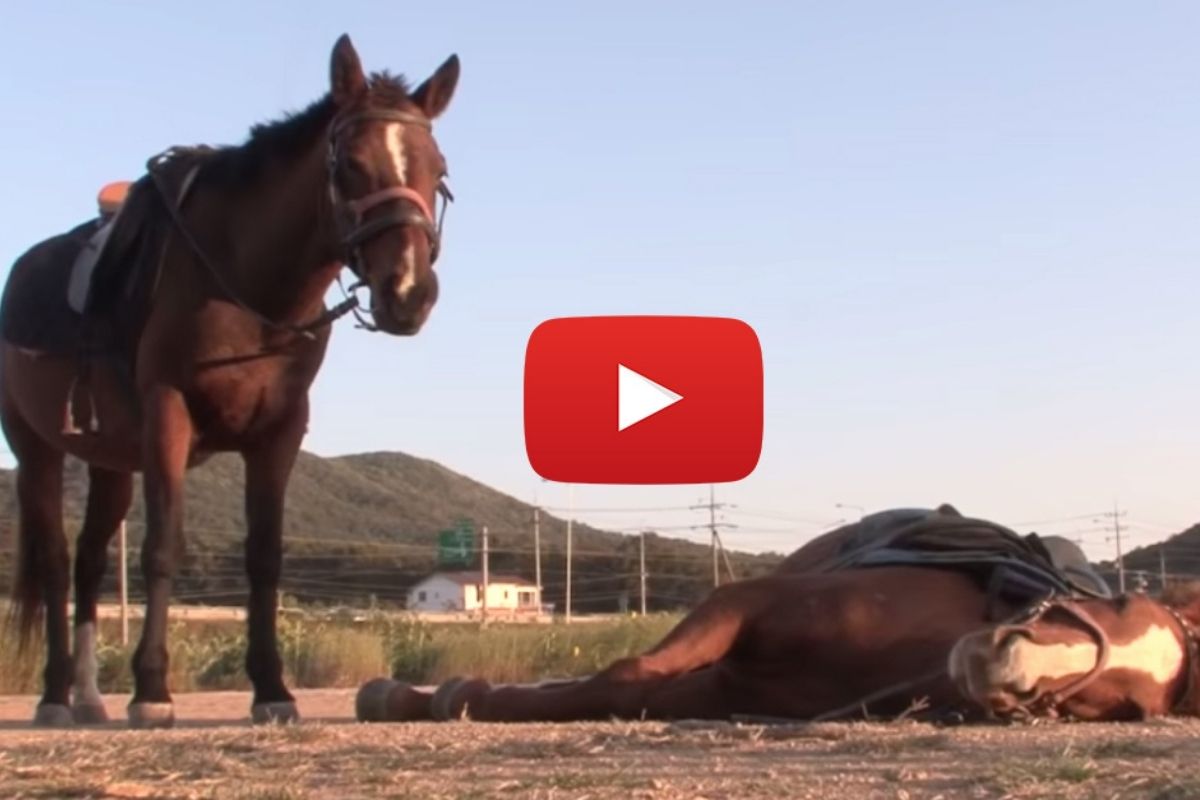 And they still feed him and everything? If only this was an option at work. If I ever get a new job (this is a pretty solid gig) I should bribe my doctor to diagnose me with narcolepsy or something. Then whenever something pops up that I don’t want to do I can pass out and, um, I guess everything will just be cool?

That’s how what is indisputably the world’s smartest horse plays things. His name is Jingang and he doesn’t like to be ridden. He, as a horse, is also apparently aware that humans would prefer to not sit on top of dead horses. So he plays dead. And he doesn’t just fall over, he even closes his eyes and sticks out his tongue. His handlers call the whole thing, “Cute but naughty.”

This is hilarious. Absolutely hysterical. Share this with your friends. “Omg! Look at this funny horse,” you’ll say. With good reason. Again, this is a very funny video.

But also, on a less light-hearted note… is that horse aware of its own mortality? It’s got to be, right? It knows what death is. Apparently, it has seen death and can imitate it. This is a troubling revelation. Almost — almost — enough to make me stop eating meat or something. (I don’t eat horse but you get what I’m saying. Maybe I will now only eat meat that has died of natural causes? Or needed to be killed for a good reason like population control? I like venison.)

This is going to haunt me now. Do my dogs know they’re going to die too? I really hope not. They’re so sweet and innocent. I’d like them to live an ignorantly blissful life. Obviously cats already knew about death, considering they want to murder us all.

Still, though. This hilarious horse really messed with my head.

This article was originally published on October 25, 2019.

Watch: Want a Wild Horse? A Federal Program Will Pay You $1000 to Adopt One