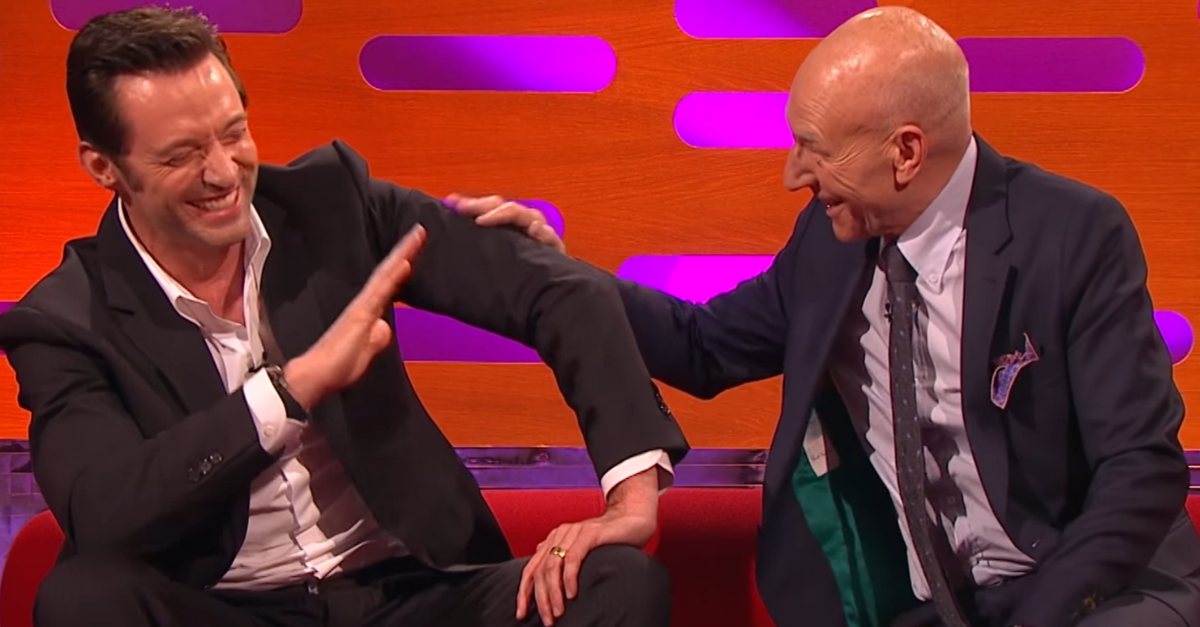 The Graham Norton Show has a reputation for evoking the wildest stories from the guests on the show. A few weeks ago, GNorton egged Whoopi Goldberg into sharing a story about aging and the “balding pudenda” and the tale had Keanu Reeves grimacing. But Sir Patrick Stewart might have just outdone Goldberg on last night’s show when he told a story about circumcision that gave everybody the willies.

We knew it was going to be an interesting tale when Stewart introduced the story with the prologue, “one night, as you do, we [Stewart and his wife] were talking about stuff…” However, their night-time conversation took an odd turn when the actor mentioned that he was circumcised and his wife said “you’re not circumcised” to which he replied, “that’s ridiculous, I should know if I’m circumcised or not.” Of course, the next day when he saw his doctor, his physician confirmed his wife’s suspicions.

RELATED: Hugh Jackman bravely battles another round of skin cancer and reminds us all to take this critical precaution