Hundred-year-old letters to Santa are both humorous and devastating 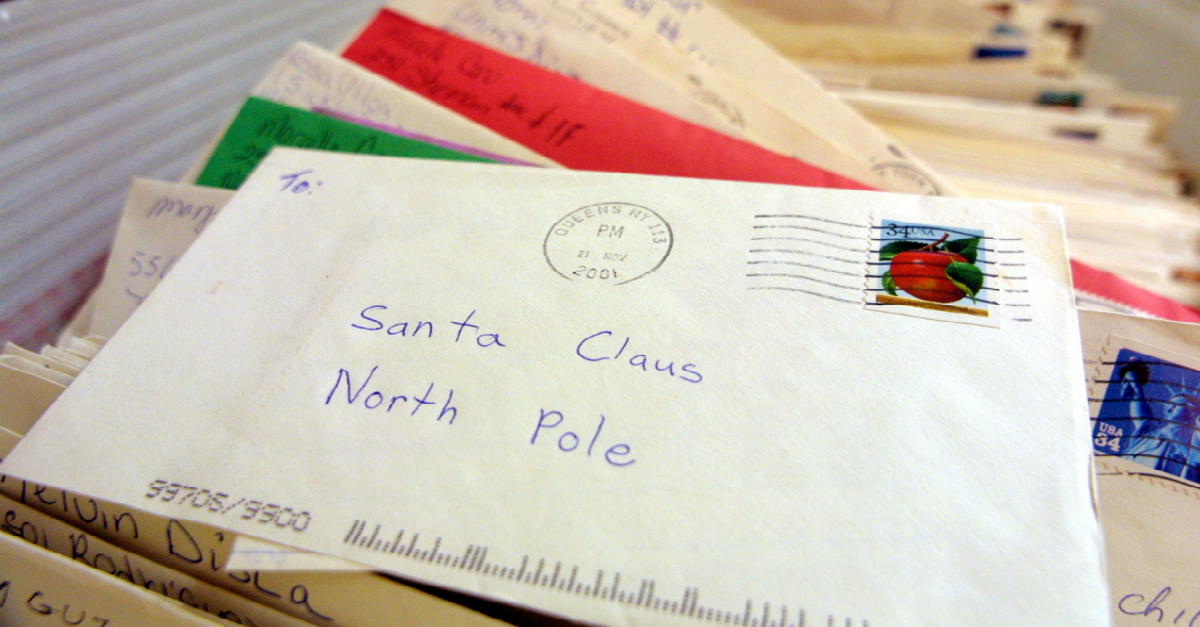 Mario Tama/Getty Images
398079 04: Children's letters to Santa Claus are seen in Manhattan's General Post Office December 3, 2001 in New York City. The New York Post Office's 'Operation Santa Claus' received 280,000 letters addressed to Santa last year, many of which were from needy children and were answered by members of the public and postal workers. (Photo by Mario Tama/Getty Images)

The world is a cruel place, but you’d never know it from talking to a modern day child from an affluent family in the developed world. They seem blissfully unaware of all the horrors of the world.

RELATED: Step up to the hot new viral challenge that’s about to sweep the nation

Kids weren’t always this way, though. Children knew what was up 100 years ago, and we have the tweets to prove it! Obviously, the children in question didn’t actually tweet, but some of their musings have been documented by the R.L. Ripples “TweetsOfOld” Twitter account, which transfers old newspaper items into tweets. In the run up to Christmas, “TweetsOfOld” has been sharing some letters written by kids to Santa Claus over a century ago.

As adorable as it sounds, don’t get too excited. A few of them are absolutely heartbreaking. Prepare to smile and cry.

Dear Santa, Please bring me a gun and some shells. You had better step light. -Martin Marsalis HattiesburgNews Mississippi1910

This kid was the inspiration for Stand Your Ground laws.

Dear Santa, Bring me a brother play with. Papa was a bad Democrat when he married Ma, but she turn him and now he is an awful Republican. Melvin
Missouri 1898

Dear Santa, I thought you was dead I wrote to you many times and you didn't answer. The newspaper said you was living in a hotel. Joe CA1907

Dear Santa Claus: I'd order a doll but I'm afraid the girls will laugh at me. -Anson
New York 1902

Be who you wanna be, Anson!

Dear Santa, You better bring me what I want or when I see you I will take your head off. Hoping to get my stuff. Your loving kid, Hexie Bunsclos TheLakeCountyTimes Indiana1910

Hard to believe they printed this. Maybe threats against non-existent characters don’t count as threats.

Dear Santa, Please bring me a clown riding a donkey. I have no papa who cares for us. He gives all his money to other children. Lovingly, David Indiana1913

David Lynch? Is that you?

Dear Santa: I want a basket ball and some candy. Do you remember when I slammed the door in your face? I was afraid of you then. -Jewel
New Mexico1922

Of course he remembers, Jewel. Santa’s like an elephant: he never forgets. And he’s large.

Dear Santa: My doll had a very bad accident. She smashed her head between a door so now she hasnt any head. Please bring her a head. Olga IL1903

Dear Santa: Bring mamma a new dress. and papa a new suit. and me a hundred dollars worth of peanuts. so I guess that is all. Russell
Missouri 1919

Santa, Just bring me the same things as my brother Joe, only more of them and better. I live at the same place as he does. Guy Oklahoma1901

Dear Santee, Pleas ask God to give us back our mamma and you can give our presents to somebody else. We just only want her. -Harriette
Nebraska 1901

We did warn you!