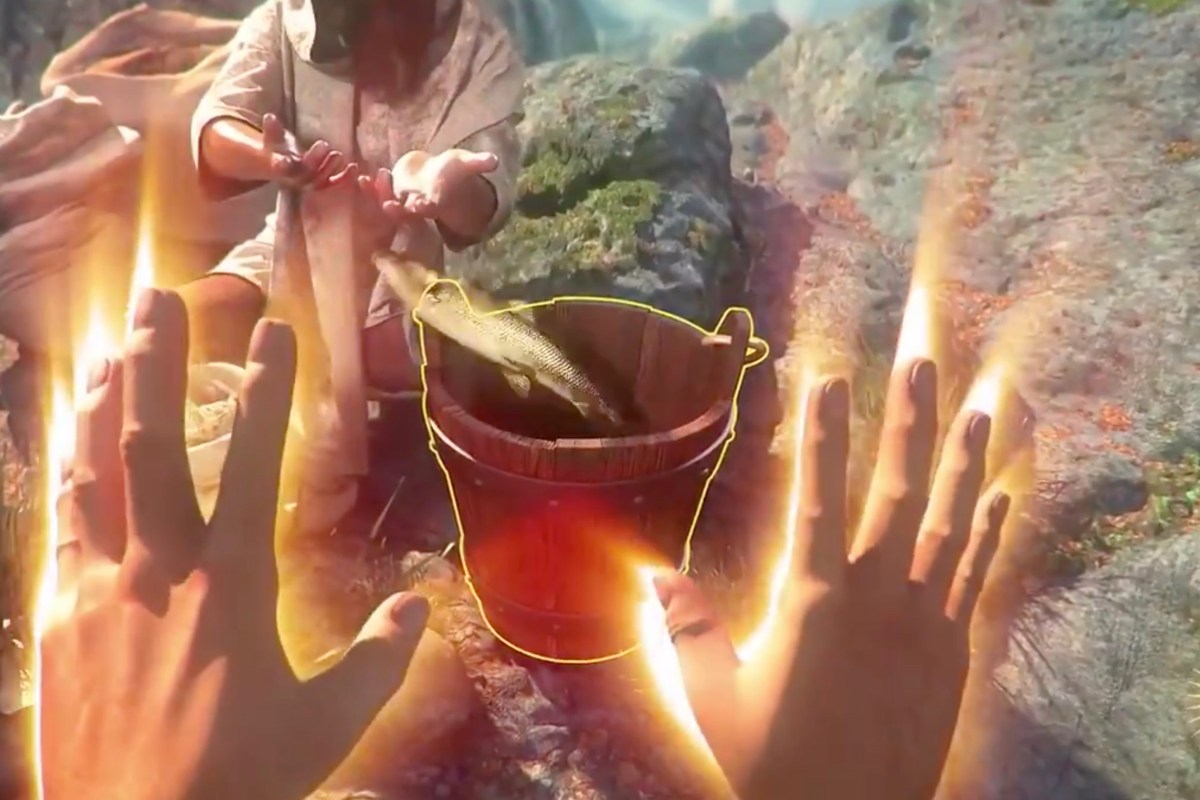 A new computer game that has its players healing and miracle-ing their way through the New Testament as Jesus Christ himself is coming out soon and the concept looks… like something.

A trailer for the game “I am Jesus Christ”, which is coming to computer gaming host Steam soon, was posted to Twitter by IGN recently and the game appears to be a first person healer that puts the gamer directly into the sandals of the Son of God. I Am Jesus Christ was developed by SimulaM.

I Am Jesus Christ is a real game based on the New Testament. Watch the announcement trailer here: pic.twitter.com/Sh45IhAlI0

This game seems fine. Not blasphemous but not quite exactly what the Bible was going for either. If the trailer is any indication the game seems to focus pretty heavily on Jesus’ supernatural miracles and not so much on the whole Greatest Commandment thing. (Though, to be fair, if you could miraculously heal people of their sicknesses you would, in turn, want people to heal you of your sicknesses if they were capable of it.)

As someone who attended Catholic preschool, Catholic K-8, and Catholic high school, however, this game doesn’t strike me as one that’s going to be too popular with the more traditional religious types. Jesus kind of comes off as a little bit magical in this game and I, as well as a few thousand executed witches, can assure you that Christianity isn’t super into magic.

This reminds me of an exchange I witnessed in first grade between my Catholic grade school’s parish priest and a classmate of mine. The priest (who was an otherwise nice, kind man, it should be noted) was guest speaking in the class and asked how we thought Jesus healed people. My classmate — a first-grade child — innocently and nervously suggested, “Magic?”

The priest was not into that answer. It was met with a firm, volume elevated, “No!” And a stern explanation about how nothing Jesus ever did was “magic.” It was startling enough for me to remember it almost 30 years later. Startling and even in first grade I thought the priest was splitting hairs a little bit, at least when considering the breadth of the average first grader’s vocabulary. Whether it’s a Catholic priest or a Baptist mom, though, chances are there won’t be a ton of Christian authority figures thrilled with kids confusing Jesus Christ for Harry Potter.

You can pre-order I am Jesus Christ on Steam.