Ian McKellen is known almost exclusively for really serious roles in hard-hitting action films. If he had only played Gandalf, he would still be one of the best actors performing. However, off the camera, he’s far less serious, and the British actor showed a little bit of his jovial side last week when he appeared on “The Graham Norton Show.”

RELATED: These are the most famous actors from across the pond–did your favorite Brit make the list?

McKellen told a story about meeting Maggie Smith, who has enjoyed major roles in “Downton Abbey” and “Harry Potter.” Hilariously, McKellen unveiled a spot-on impression of Smith–who has a very unique voice and personality. It seems that at the Oscars, Smith’s spicy attitude was on full display when she teased McKellen about his outfit and his failure to take home any hardware.

RELATED: Matthew McConaughey has the best dad story Graham Norton has ever heard 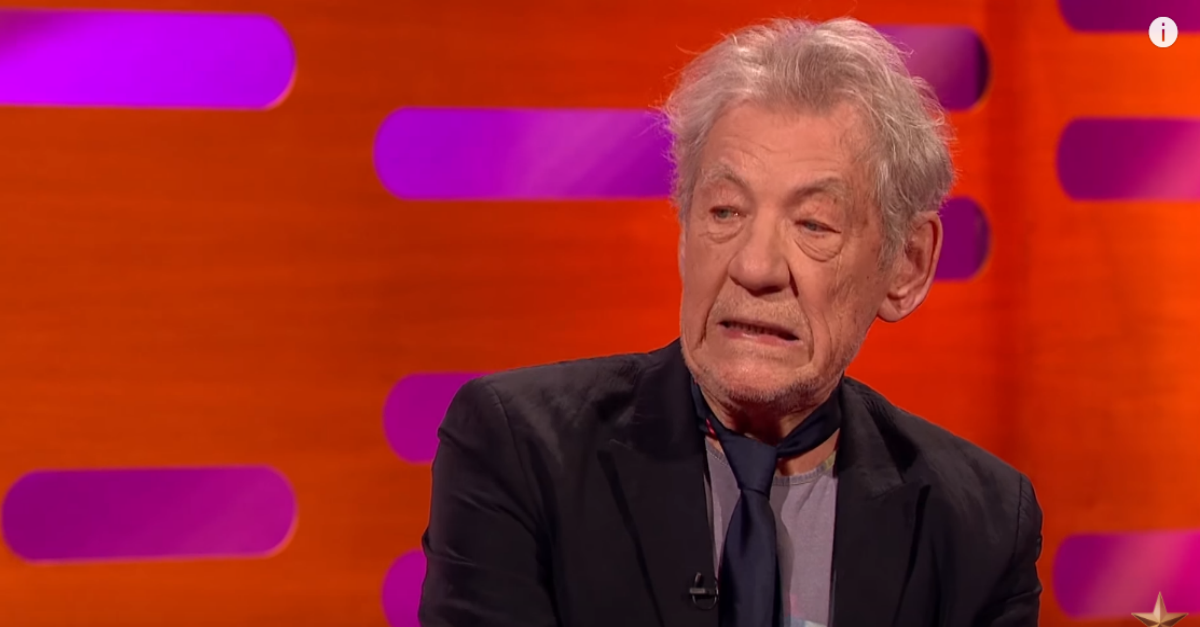