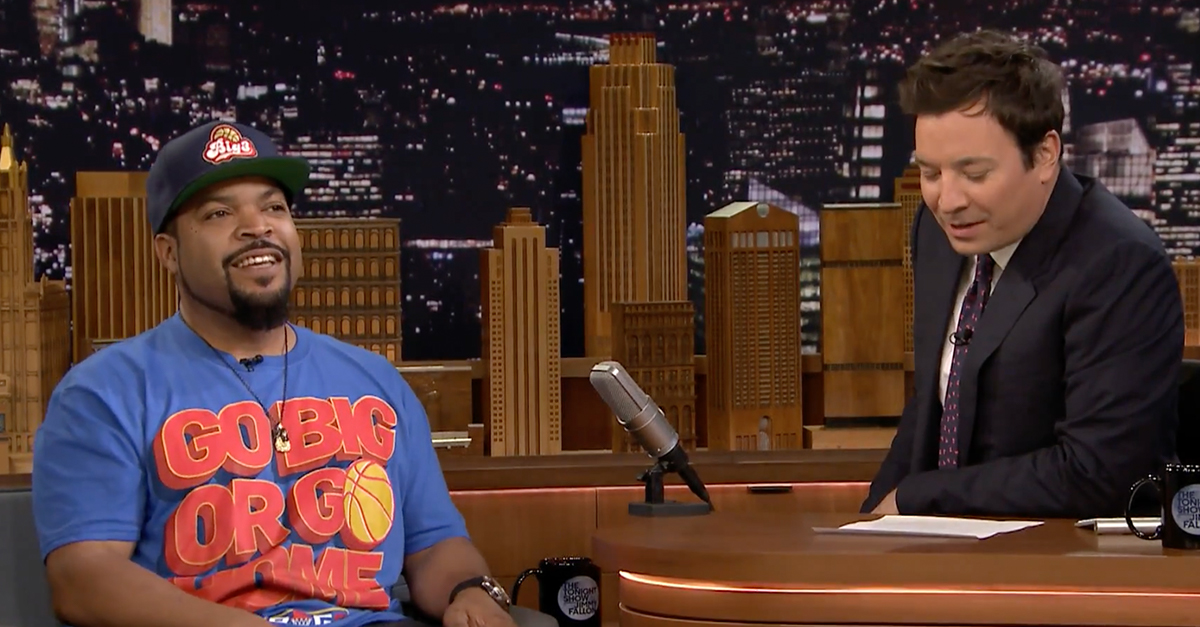 As part of his 21st-century career renaissance, rapper, actor, director and basketball promoter Ice Cube has become a staple of late night talk shows. On Thursday, Ice Cube stopped by “The Tonight Show” to talk to Jimmy Fallon about his new basketball league.

The BIG3 league pits former NBA stars against each other in a competitive 3 on 3 basketball game. According to Ice Cube, he missed watching some of the retired stars play and wanted to give them a chance to show the world they still had skills.

RELATED: Watch a beautiful woman freak out unsuspecting members of the public with a grotesquely accurate fake scrotum in this NSFW prank

Elsewhere in the interview, Fallon asked Ice Cube about getting a star on the Hollywood Walk of Fame.

The “Straight Outta Compton” star grew up in the shadow of many of the Hollywood stars and reminisced about walking down Hollywood Boulevard to get to school when he was a kid.

“My pops was like, ‘where’s my star?'” Ice Cube joked to Fallon.

After sharing a photo of his parents, Fallon asked Ice Cube how they dealt with his success.

According to Ice Cube, his parents had alway been supportive of his career, though his mother has questioned some of his lyrics.

“She was getting sweated by her church friends about the profanity in some of the lyrics,” he said to laughs from the audience.