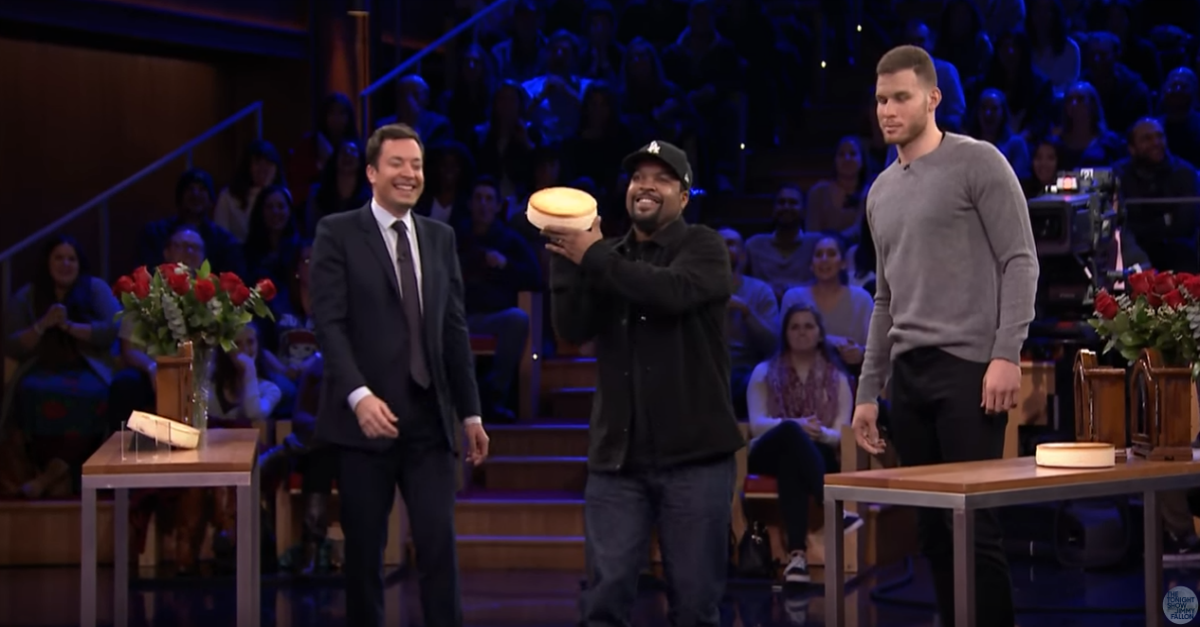 Ice Cube has had a long and illustrious career that began with the rap group N.W.A. Just about everybody in tune with the roots of hip-hop knows that the words “straight outta Compton” are followed by “crazy motherf***er named Ice Cube.”

Since his hip-hop days, the 47 year old has become one of the funniest musicians-turned-actors.

RELATED: Ice Cube went on “Conan” and explained why he would beat the crap out of his famous co-star

On Tuesday, he stopped by “The Tonight Show Starring Jimmy Fallon” to promote his new film, “Fist Fight.” The actor thought he was in good shape for Fallon’s game of “Random Object Shootout” until basketball star Blake Griffin appeared and things took a turn for the ridiculous.

RELATED: Ice Cube and Lil Jon teamed up to create the greatest Kidz Bop songs of all time

The objects that the two were given to toss through the hoops included three glued together basketballs, a cheesecake, and an antique clock. Griffin proved that even with tasty treats, there aren’t many people better than him at sinking three-pointers.