If you need something heavy lifted, just ask these Brooklyn firefighters who lifted a wrongly-parked car 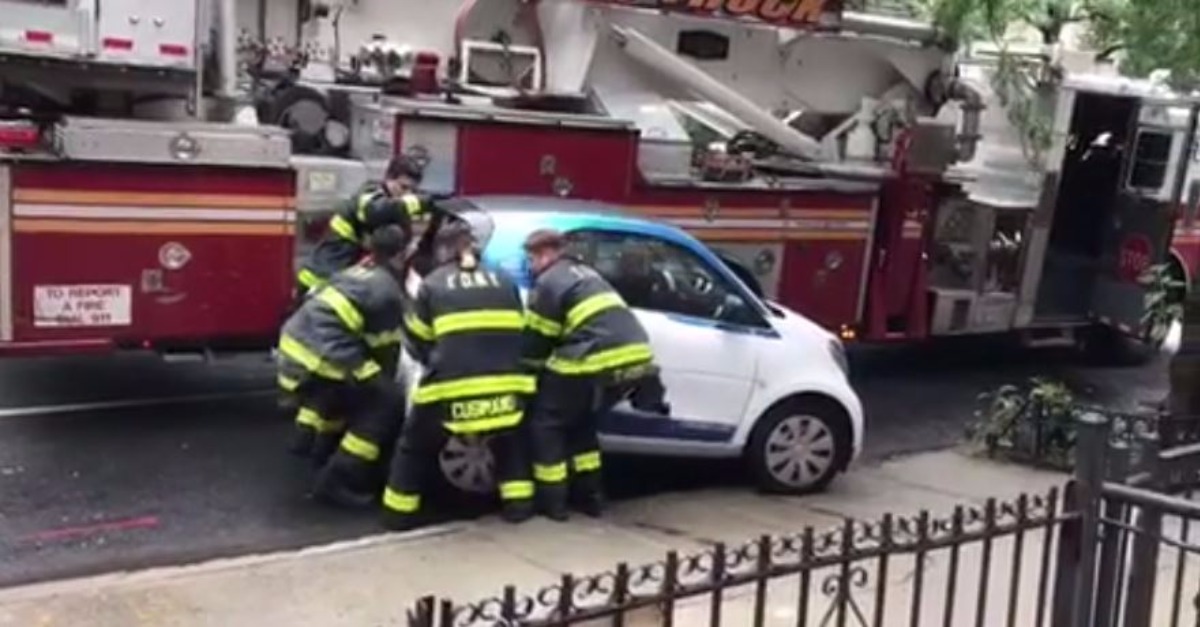 Do you need to lift something heavy, say a car? If so, don’t bother calling a moving company or asking if a buddy can do you a favor. You might want to call up these firefighters, who lifted a wrongly-parked car onto the sidewalk in the Crown Heights’ neighborhood of Brooklyn.

RELATED: An ambitious weightlifter got a stinky surprise when he tried to bench press more than he could handle

In this video posted by ViralHog, while driving, the firefighters came across the Car2Go parked right on the street, not leaving enough room for the firetruck to get by. They blared the siren in hopes that whoever was driving it would come out to move it, but after no one did, they took matters into their own hands – literally.

According to the video description, neighbor J.D. Closser filmed the firefighters lifting and moving the car to make room for the truck to get by. After they worked together to bounce the car onto the sidewalk, they were on their way.

Maybe when they aren’t battling fires, these firefighters should enter a weightlifting competition. They could probably win.