The cast of “Fist Fight” went on “Conan” to promote the movie, and the ended up discussing their experiences with schoolyard brawls like the one in the film. Tracy Morgan, always ready to tell a ridiculous story, shared a story about a fight he once lost in his school days. According to Morgan, he didn’t know how to tell a girl in his class, whom he calls “Big Murtess,” that he liked her. In a classic confused schoolboy move, Morgan says he went with teasing instead, punching the girl on the arm at recess. The problem was, this girl weighed 250 pounds. In the third grade.

RELATED: After sexy Mr. Clean took the Super Bowl by storm, Conan’s worried that other mascots might turn up the heat

“She knocked me out, cuz she had them big Sonny Liston hands,” Morgan relates, with a totally straight face, invoking the name of the famous Heavyweight Champion boxer to describe a third grade girl.

The best part of the bit is how Charlie Day and Conan keep pressing Morgan for more details about his schoolyard tussles, and, without missing a beat, he serves up more and more absurd stories.

Is he joking? There’s really know way to know with Tracy Morgan. He’s just that good. 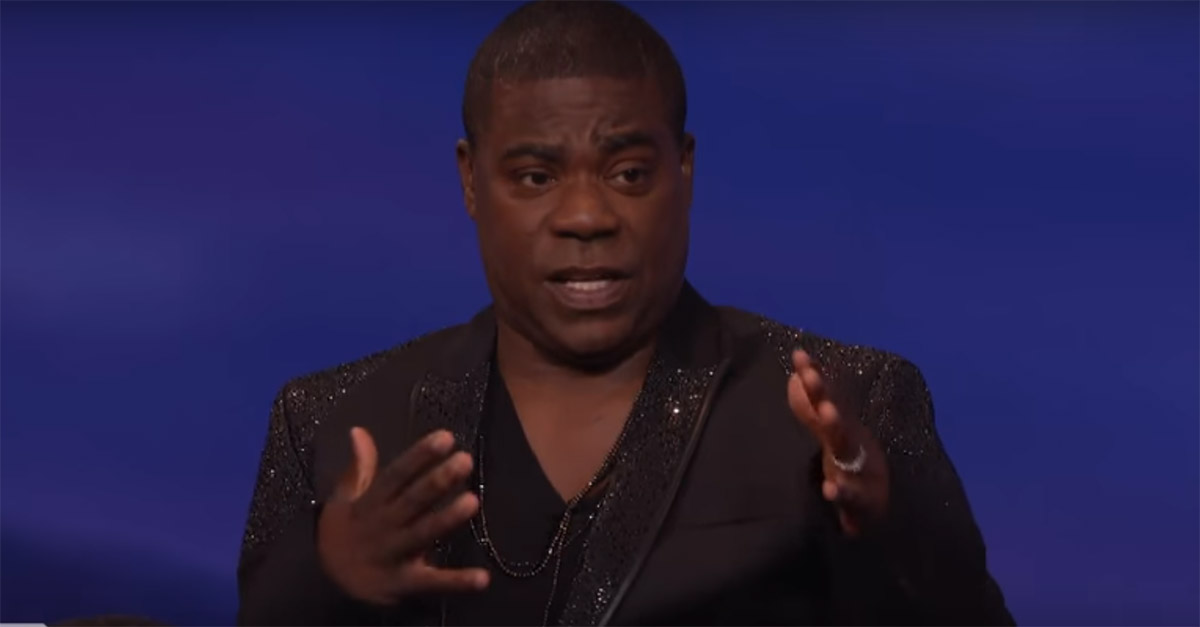