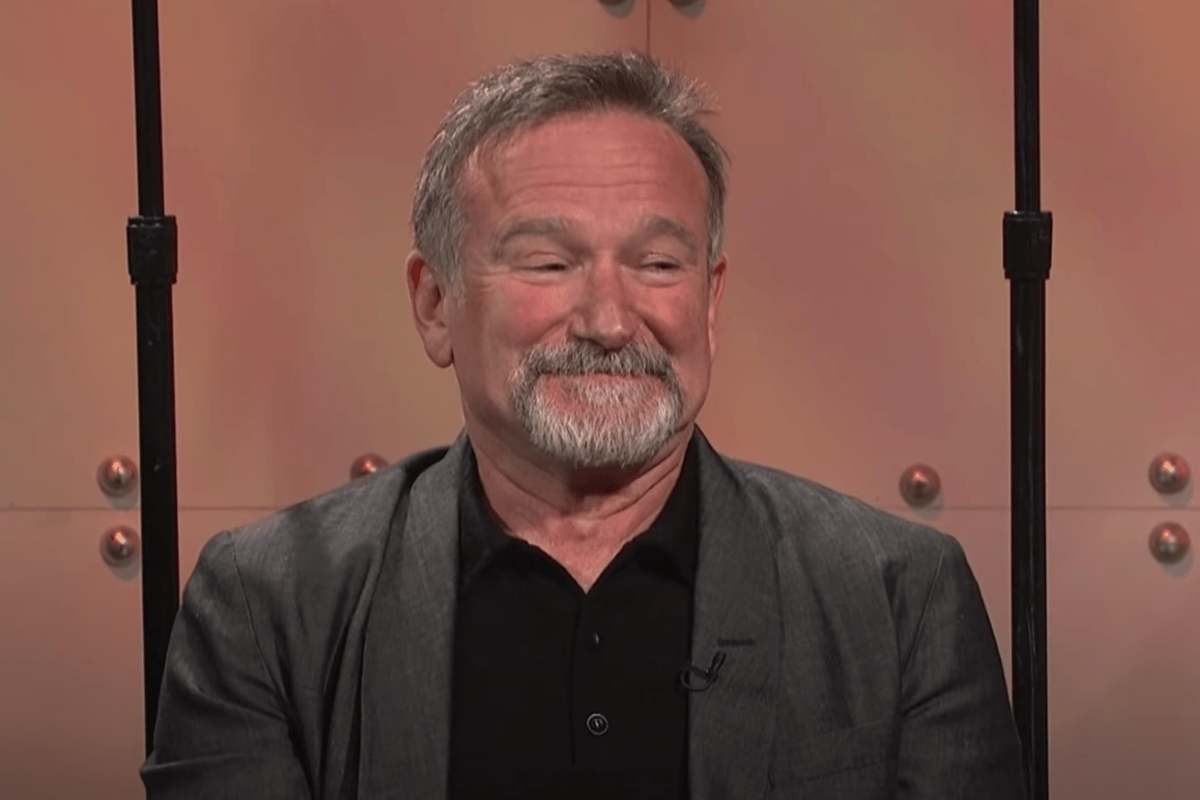 After many years away from the program, Robin Williams returned to Saturday Night Live in 2010 (the air date was December 4th, 2010) with his old friend Robert De Niro to go live from New York one last time.

The two pals played themselves as panelists on the popular SNL skit “What’s UP With That?”

The premise of the skit finds Kenan Thompson as an over-enthusiastic, gospel-singing talk show host who is more likely to break out into song than actually interview his guests on his increasingly absurd TV show.

De Niro and Williams try and play along with the shtick but ultimately grow irritated by constantly being interrupted by Kenan firing line after line of ridiculous songs at them. As more and more cast members come out on stage as strange guests and creatures, Williams and De Niro sit in virtual silence, confused as to what is going on around them.

The Mork & Mindy and Mrs. Doubtfire star only has a few lines — he isn’t quite a mime or scenery, at least — but they are funny. That said, it’s not what you come to expect when considering, say, his stand-up comedy or his role as Genie in Aladdin. Williams actually delivers some pointed, subdued jokes.

“Thank you, I’m just tweeting what a great time I didn’t have,” Williams says before the sketch ends.

This shouldn’t be surprising considering Williams won an Oscar for, you know, being a good actor. But still, it’s not necessarily the comedy we all came to expect from Williams. It is a nice reminder, though, that he’s brilliant.

(It’s worth noting that the boisterous stand-up comedian does get one little piece of goofiness in at the beginning when he’s introduced. The hand gesture was definitely more akin to “classic” Robin Williams.)

But Also Robin Williams Has Always Been Brilliant on SNL

This was the last time Robin Williams appeared on NBC’s flagship comedy show but Williams had obviously been on before, and not every skit he was in involved loud, explosive characters. Yeah, he hammed it up while performing a (still fantastic) Ronald Reagan impression opposite Phil Hartman, Jan Hooks, Kevin Nealon, Victoria Jackson, and Dana Carvey during a hosting stint in the mid-80s. His cameo in an SNL Buddweiser Light sketch in 1981 opposite Jim Belushi was also pretty typical Robin Williams.

But Williams’ first time having his name announced as host by Don Pardo, when Eddie Murphy and Joe Piscopo were the kings of Studio 8H, saw doing a pretty spot-on, and also subdued, William F. Buckley impression as Murphy explained that black people spontaneously combust under bright studio lights.

Probably nothing will ever trump Williams as Reagan in 1988, but it’s nice that he got one last appearance on SNL, however brief it may have been.

This story was originally published April 19, 2016.

RELATED: When Robin Williams Dropped this Joke About Michael Jackson, the Whole Crowd Lost It