Thanks to the Inflatable Penis Costume, Shopping for Halloween Costumes Won’t Be Hard 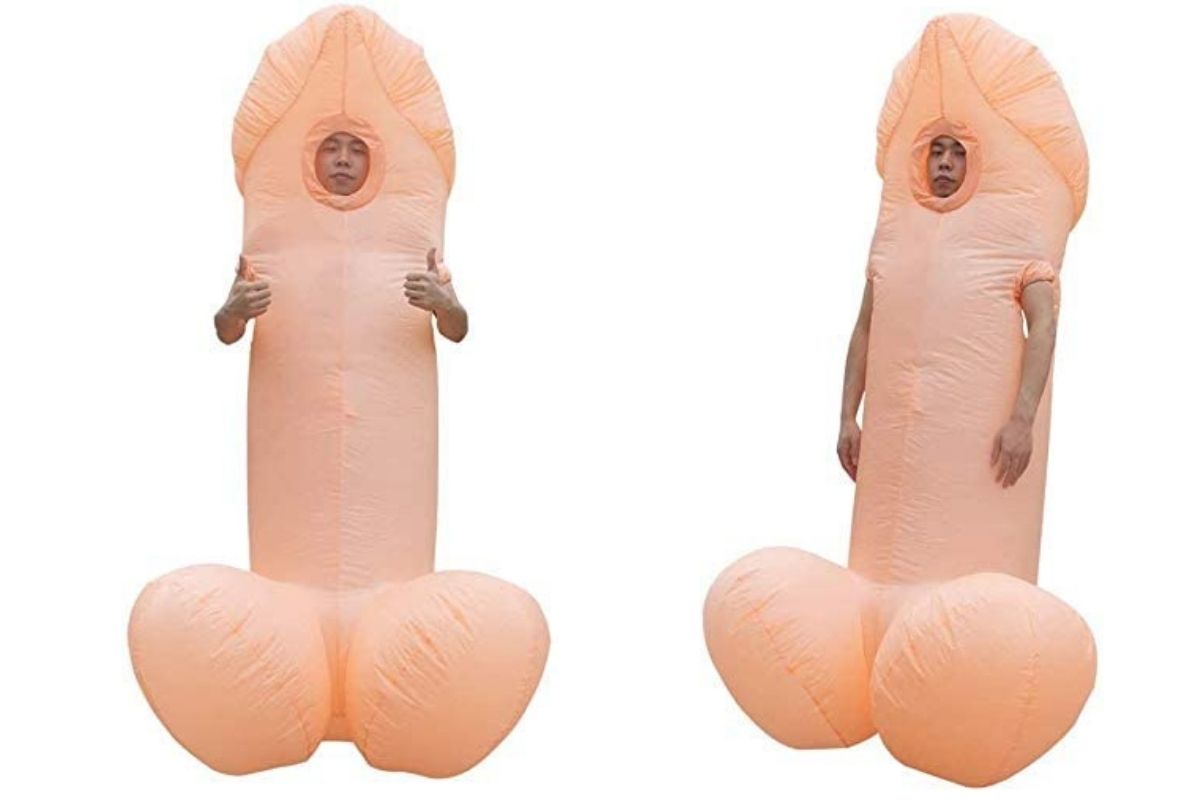 Some of you guys don’t need a costume if you want to be a dick for Halloween, but some of you do! Okay, I’m not going to beat around the bush. This costume is exactly what it looks like (a big inflatable penis). Picking out a costume doesn’t have to be hard this year, just slip this inflatable penis costume on.

This Halloween costume is perfect for the prankster who loves being a little risqué. The penis suit is freaking hilarious, but I understand it won’t be funny to some. (It’s a joke, not a real penis, so don’t take it so hard.)

If you’re going to an adult-only Halloween party this year, consider this adult inflatable penis costume. It’s available on Amazon for only $35 and is sure to win any costume party. The adult costume is operated by a fan to keep it full of air. (It inflates in seconds.)

This party costume definitely takes inflatable costumes to the next level. We’ve seen inflatable T-Rex, sumo wrestler, and inflatable unicorn costumes, but this inflatable suit is my favorite.

The giant inflatable penis costume will turn some heads. (No pun intended.) Thankfully, this costume is made from 100% polyester, so you won’t have to worry about any tears. Now, I’m typically one to recommend couples costumes, but I think your Halloween party only has room for one genitalia-themed costume.

Get yours just in time for Halloween! Seriously, I bet this jumpsuit helps you win best costume. It’s a hot mess, but it’s too funny to pass up. One more tip: (no pun intended), do not wear this if you plan on passing out candy. You’d be one sick person to do that. Keep the costume limited to a party with friends!

In case the bodysuit sounds uncomfortable or doesn’t have a quick delivery time turnaround, consider this mask. It is Amazon Prime eligible, so you’ll be sure to have it in a couple of business days.

Watch: Be A ?Nice Neighbor? With This Sexy Mr. Rogers Costume