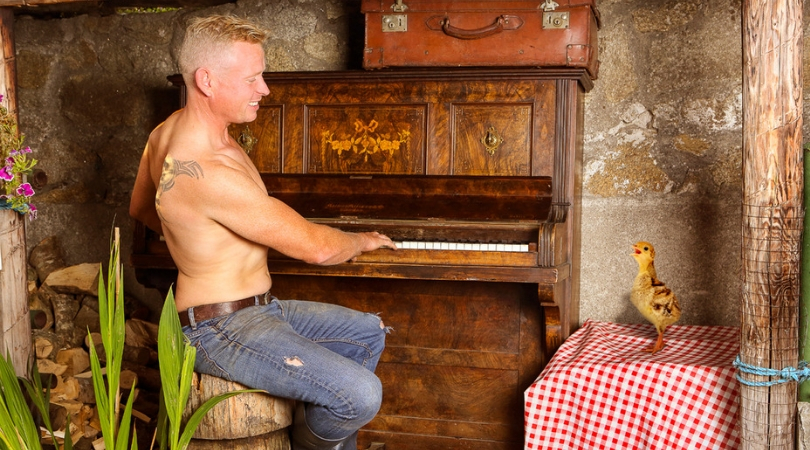 It looks like these Irish hunky men know exactly how to get money from their people. Similar to Australia’s firemen calendars, these Irish Farmers decided to make a little spin out of your regular annual calendar. The 2020 Farmer Calendar is filled with shirtless hunks from Kilkenny, Carlow, Dublin, Limerick, Tipperary and County Down. And yes, we realized it’s dated now. But in honor of St. Patrick’s day, these hot farmers warrant another look.

As you can see, the men are all posing with a wide range of animals. It’s safe to say they know exactly what women want to see on a daily basis. According to their official description, the men are ?resplendent with their farmer’s tans, they appear in their full Glory along with a goat, horses, a chick, dogs, fish, and pumpkins.

Believe it or not, the calendar group stated the boys have beforehand outsole comparable merchandise from One Direction, Justin Bieber, and Conor McGregor. The calendar, which initially began in 2009, has been dubbed as ?agri-porn? by Irish television’s Ryan Tubridy. It was shot on Corballis Farm in Dublin and includes several shots of one rancher racing a set of snails. Another one is seen bathing with dish soap in a small tub, while two very confused horses watch closely.

The calendar actually has a good cause though. It comes from the Irish Charity Bóthar, which provides a gift of livestock as a means of ?long-term development aid? and enables our families and communities to overcome poverty and hunger in a sustainable way, specializing in improv livestock production and support related training in the community.

So, if you do decided by one, think of it as a good thing. You’re basically helping out and changing the world. So there’s no need to feel guilty whenever you make your morning coffee and look up and see a shirtless man sitting down while holding his dog in a guitar. It’s for charity, you’re doing the world a favor. I love calendars.

Editor’s Note: This article was originally published on Decmeber 15, 2019. We brought it back because well, everyone needs a new calendar. 😉