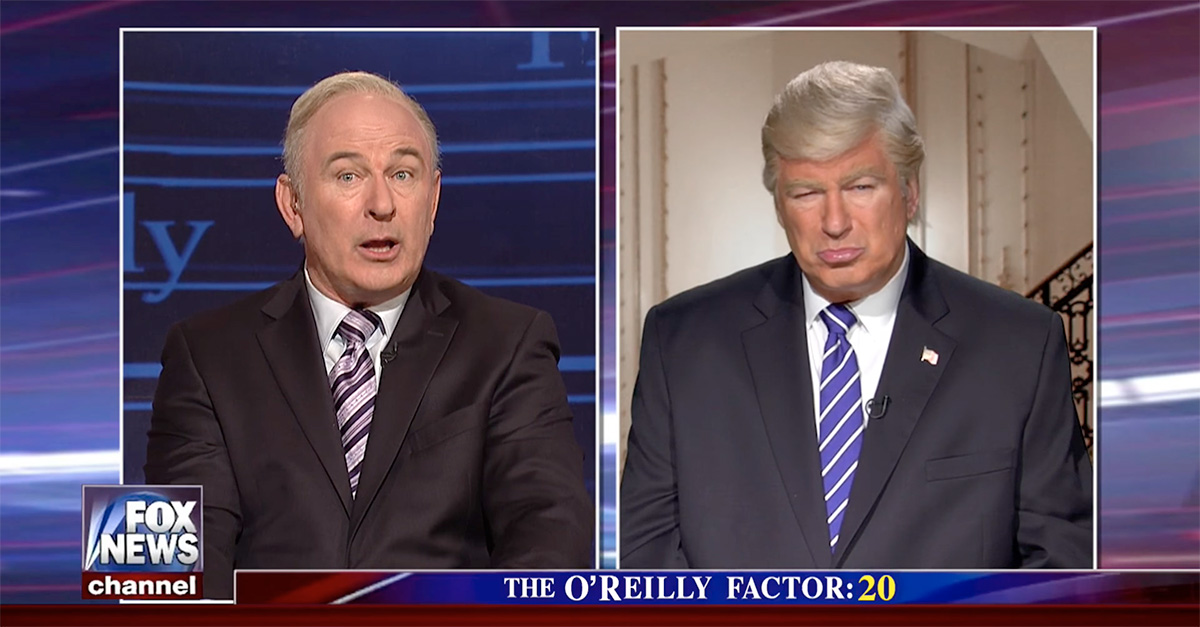 NBC/Screenshot
Alec Baldwin is both President Trump and Bill O'Reilly on SNL.

“Saturday Night Live” took a trip to the no spin zone last night, but it was more like “The Twilight Zone” when “Bill O’Reilly” appeared on screen, another impersonation from non-cast member Alec Baldwin.

O’Baldwin first appeared to tackle the scandal that had been on everyone’s mind in the past week. It was a gross abuse of power, a topic that no one thought would be addressed on “The O’Reilly Factor”: the Obama administration. Of course, this was more of the self-aggrandizing Baldwin brings so perfectly to the current president.

RELATED: A teen used “La La Land” to ask Emma Stone to prom, but her response reveals the date will remain a fantasy

While O’Reilly’s female contributors have either quit before he went on the air or are a court-mandated 500 yards away from the studio, the Commander-in-Chief himself is O’Reilly’s guest on this episode. Thanks to the magic of pre-tape, it’s Baldwin-on-Baldwin in the interview, as O’Reilly thanks his friend Donald for coming to his defense.