In case you missed it, Larry David and HBO officially announced on Tuesday that they will be reviving “Curb Your Enthusiasm” for a ninth season. The show has been off the air since 2011, and it was expected that David would never pick up the project again.

Since the show is returning to the air, we’ve decided to look back at one of the show’s greatest moments. It features David with Leon Black — played by J.B. Smoove — in a scene where David is lamenting being insulted.

In no uncertain terms, Leon tells him to strike back in the weirdest of ways.

RELATED: Find out what line Larry David couldn’t say without busting a gut on SNL

“You’ve got to immediately get in somebody’s ass when they do that to you! You pull their asshole open, step into their asshole, close the door behind you. You got a spray paint can, right? ‘LARRY WAS HERE’.”

Well that’s one way to deal with it.

Overall, just all the obscenities and things that Smoove says to Larry in this scene are hilarious. Take a look; we think you’ll agree. 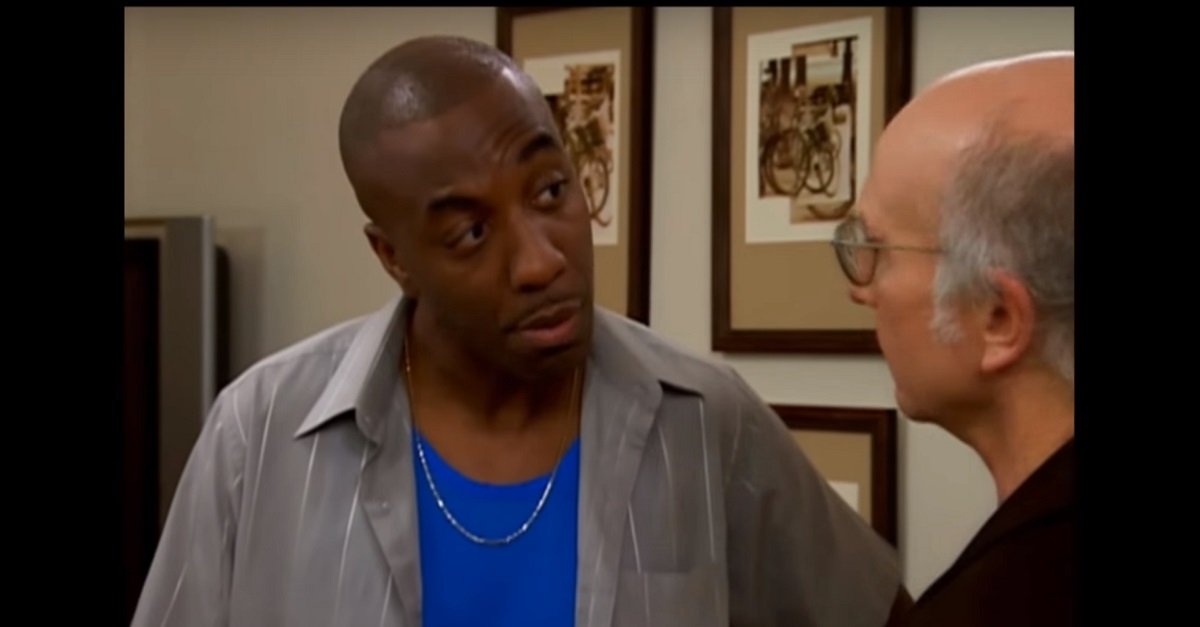