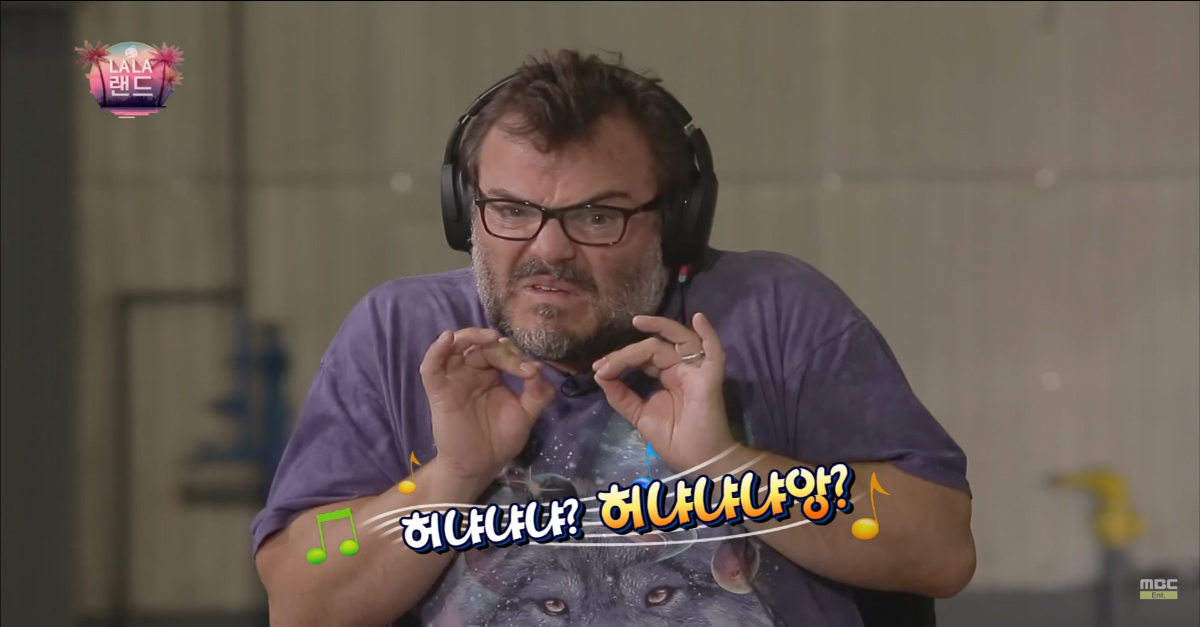 In the clip above, Black dons a pair of headphones and listens various K-pop songs. While listening, his task was try to sing and hum the song, so that the cast of the show could guess the name of the song.

RELATED: Jack Black?s audition for ?American Idol? is the stuff dreams are made of

Black tried hard to follow along with the music, despite not understanding the language, and he must have done a pretty decent job because the hosts were not only able to guess the songs quickly, but were thoroughly impressed by the actor’s hidden Korean language signing talents.

Black also appeared on the same show last year. Here’s how that went down: