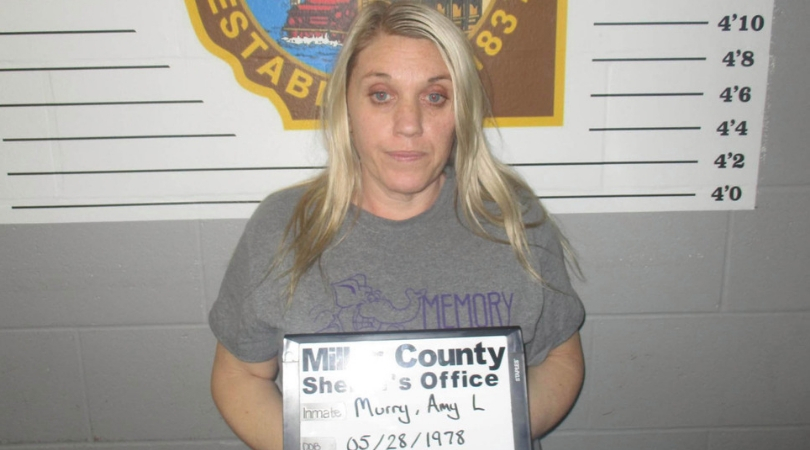 You know how they say that sometimes love makes you do crazy things? Well, a Missouri woman decided she didn’t want to be married anymore, and instead of opting for divorce, she had a much ‘clever’ idea.

Turns out, 40-year-old Amy Murray, who was working as a nurse at the Jefferson City Correctional Center, decided to use antifreeze to fatally poison her husband. Then, to cover up her tracks, she set their home on fire with his body still inside so she could marry a convicted murderer who is serving life in prison. Yes, straight from a soap opera.

At the time of the incident, Murray was reportedly having an affair with inmate Eugene Claypool. On December 11 first responders answered to a house fire, where they found the body of Murray’s husband, Josh Murray, inside. Fire marshalls stated the blaze originated inside the master bedroom and that an accelerant was used to start the inferno. An autopsy showed Joshua was dead before the fire started, and was indeed poisoned.

Safe to say Murray was the lead suspect and was charged with first-degree murder and armed criminal action in connection with his death. Murray said that after starting the fire, she went to McDonald’s with her 11-year-old son and dogs to keep them safe.

Court documents showed that Murray had a recorded phone conversation with Claypool in which she stated she did not want to be married to her husband anymore. She added she would eventually then marry Claypool because her husband was “dead and out of the picture”. The mother also reportedly talked about getting an attorney to try to get Claypool released early. Claypool is serving life in prison for fatally stabbing a 72-year-old man who had won a lottery jackpot of $1.7 million.

Murray is being held at the Miller County Detention Center on $750,000 bond. Looks to me like the wedding will have to wait for a bit.