James Corden and David Beckham go head-to-head in a James Bond audition, and you can guess who won 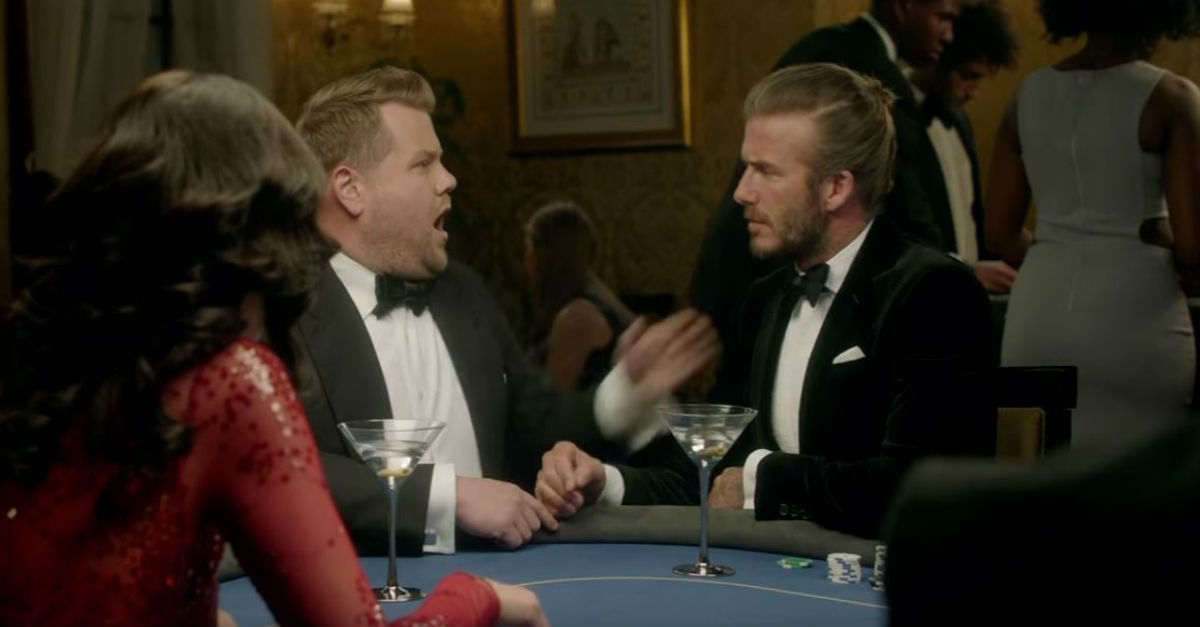 The search is on for the next James Bond. The list of actors who have played the role is storied, from Sean Connery to Daniel Craig, the part has seen juggernauts of the silver screen. On Thursday night, soccer star David Beckham stopped by the “Late Late Show with James Corden” to try out his best “shaken not stirred” impression.

RELATED: James Corden’s latest “Carpool Karaoke” is one of the funniest ones yet

Corden himself also took a shot at the famous role, unfortunately, he fell flat in comparison to the absurdly attractive Beckham. At one hilarious point, Corden tried to work his magic on a lovely lady, but when Beckham appeared, she said frankly, “I want to sleep with him.”

RELATED: When Kelly Rippa saw she was sitting next to David Beckham in SoulCycle, she somehow achieved the impossible

The two began fighting like old friends, but in the end, they teamed up for a remake of “Batman & Robin” and it all ended well.