James Corden cozied up to Sean Spicer at the Emmys, and people are not happy about it 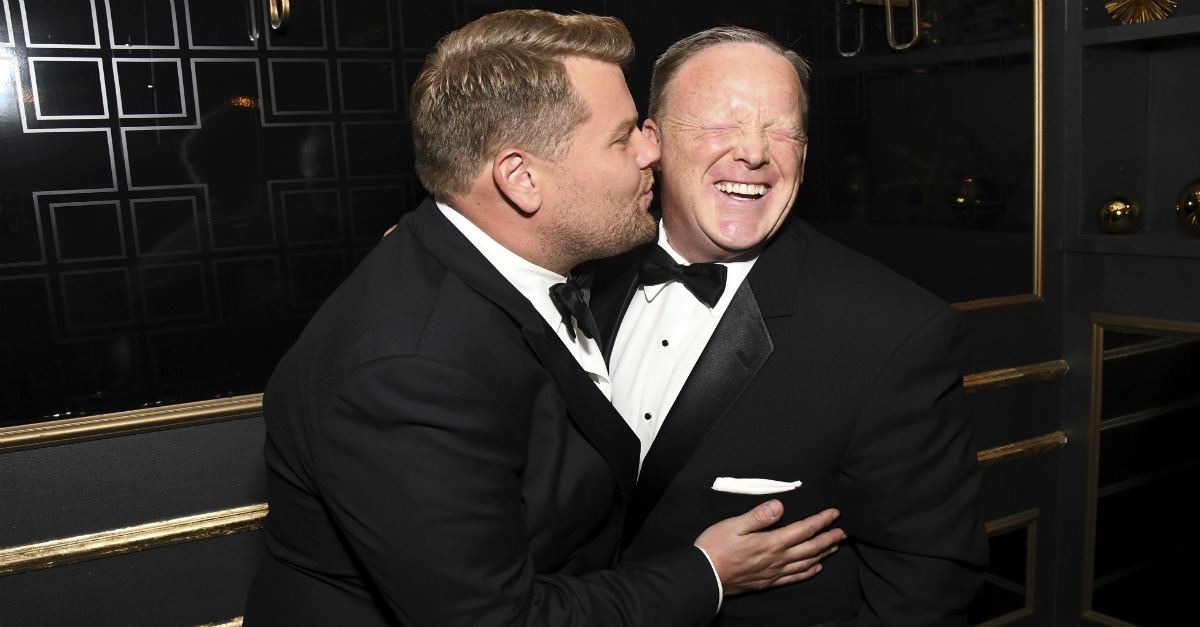 The recently-ousted ex-White House press secretary official made a surprise appearance at the lavish television awards show last night and jokingly claimed that the ratings would be at an all time high — a reference to his infamous claim that the crowd at Donald Trump’s inauguration was the biggest ever.

RELATED: Dolly Parton made everyone blush when she told a dirty joke on the Emmys stage

The shock appearance drew plenty of attention on social media, but not everyone was happy about it.

I'm not ready to laugh "with" Sean Spicer. I think he is an evil, opportunistic liar that hurt our country.

And the outrage soon spread to James Corden, after he was photographed kissing Spicer on the cheek backstage.

Corden makes Spicer look like a beacon of honour and sincerity. It's like Kimmel ruffling Trump's hair all over again: proper enablers

If you were ever on the fence about James Corden… allow me to help you decide pic.twitter.com/udxPyFHmrq

James Corden, a man who would happily kiss Himmler if he was wearing a nice tux at an awards do pic.twitter.com/axUJBfog2j

Americans are finally waking up and seeing just how much of a bellend James Corden is, and no, we're not taking him back.

But the late-night host did have a few defenders:

Not sure why people are hating James Corden. Sean Spicer looks anything but comfortable in that photo. I say well played that man.