James Corden dressed up as Stephen King’s devilish clown Pennywise, from “It,”for a sketch that was as creepy as it was hilarious on this episode of “The Late Late Show.”

The sketch revolved around Corden’s Pennywise being mistakenly sent out to handle an office worker’s I.T. troubles. But the office worker is completely terrified.

“You called for me, Tim?” Corden asks. The two soon realize that there’s been some confusion. “I see the problem — you’ve called the I.T. department, and I’m It.” But Corden tries to help out anyway. “Have you tried rebooting the system?” he asked.

Eventually, Freddy Krueger appears. “I’m trying to turn over a new leaf,” the villain explains. But sadly, old habits die hard, and he tears into the computer and throws all of the equipment on the floor. 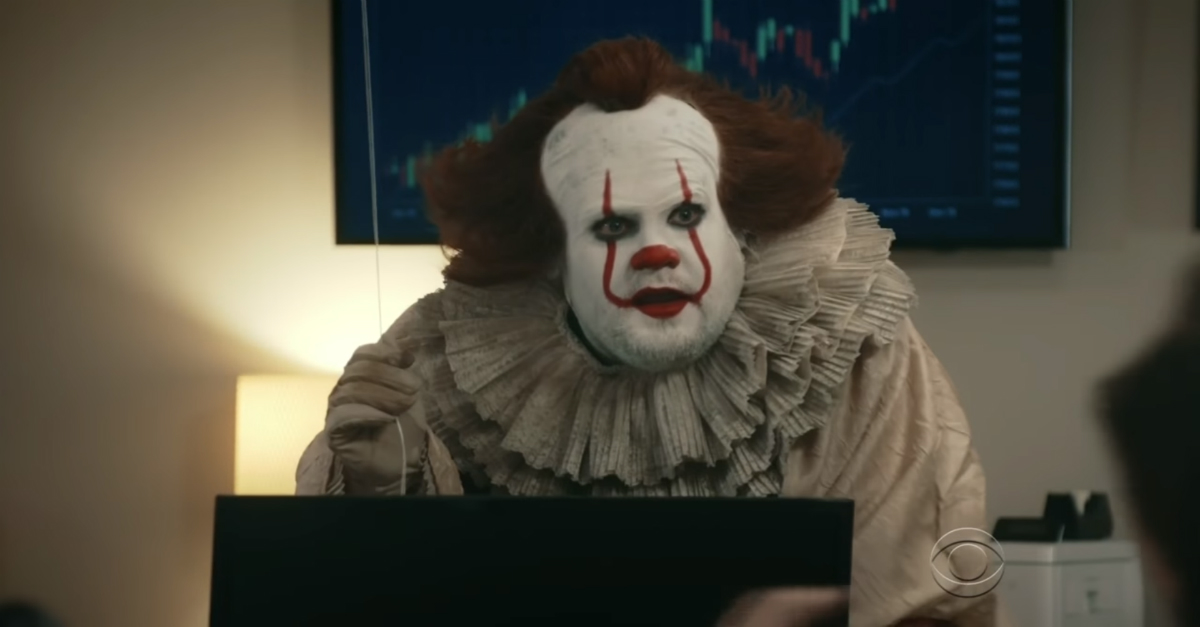