Is it possible that a British late night TV host is actually a great basketball player? While it seems unlikely, James Corden insisted that he beat Ice Cube in a game of one-on-one before they taped the show, but Cube wasn’t having it. To settle the dispute, they went to the tape of the game to see how things played out.

RELATED: Denzel Washington has been in a lot of movies, but he still knows his lines better than the pedestrians that Jimmy Kimmel found

While Corden’s ball-handling skills could certainly use some work, he did alright in the game. In particular, his jump shot was hitting from everywhere on the court, and he even hit a few trick shots, like a no-look basket and a Kareem-esque Sky Hook. Looking at the score, it’s obvious that Corden was dominant in this game.

Of course, the camera cut away whenever Corden took a shot, and then the tape shows the ball going through the hoop, but that isn’t at all suspicious. Looking at his form, who could doubt that Corden has a deadly jumper? By the same token, all of Cube’s shots bounced out after the camera cutaway. Corden even got himself a dunk. (The dunker’s jersey said Corden, so it had to be him.) 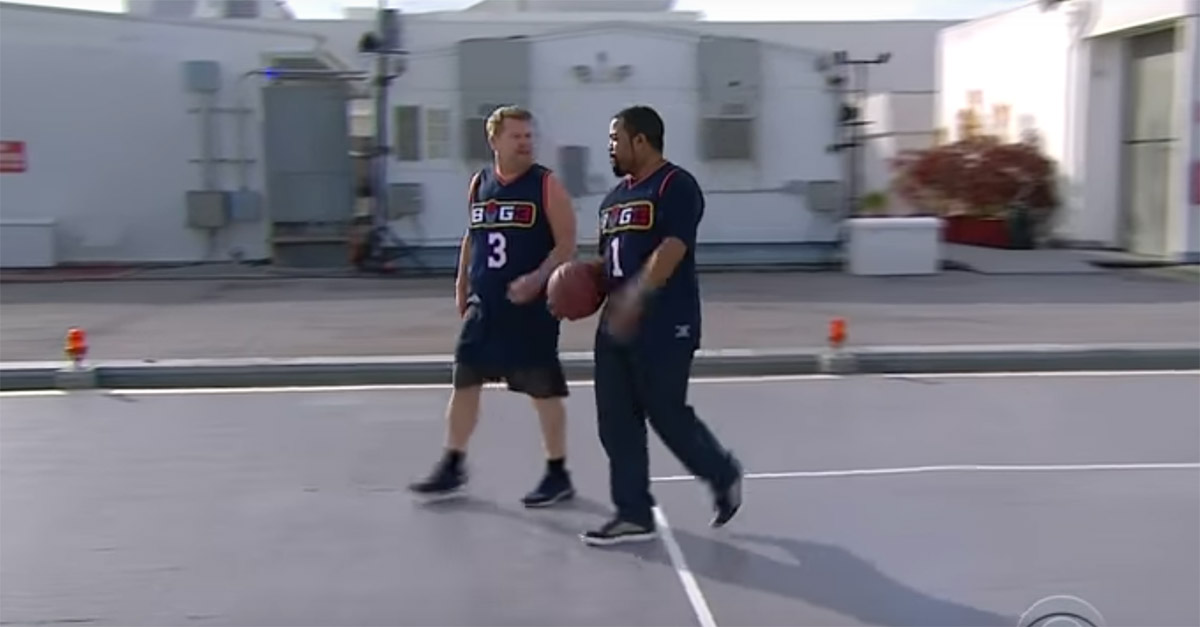