Funny Brit James Corden was stunned to learn the some names of companies are actually acronyms!

To celebrate that fact, Corden decided to take other names of companies and turn them into some pretty hilarious acronyms.

One that was pretty much spot on was Corden’s take on Uggs.

RELATED: Things did not end well for Taraji P. Henson in this game of “Drinko” with Jimmy Fallon

“Uniform for girls going to Starbucks,” he joked.

According to Corden, food and meals can also be acronyms.

“Salad stands for ‘Suck-ass alternative to lunch. Absolutely disgusting,'” he said as the audience cheered.

Cars including Hummer and Audi are also acronyms. Corden drives an Audi and was completely burned by Reg when he said it stands for “an underwhelming douchebag inside.” 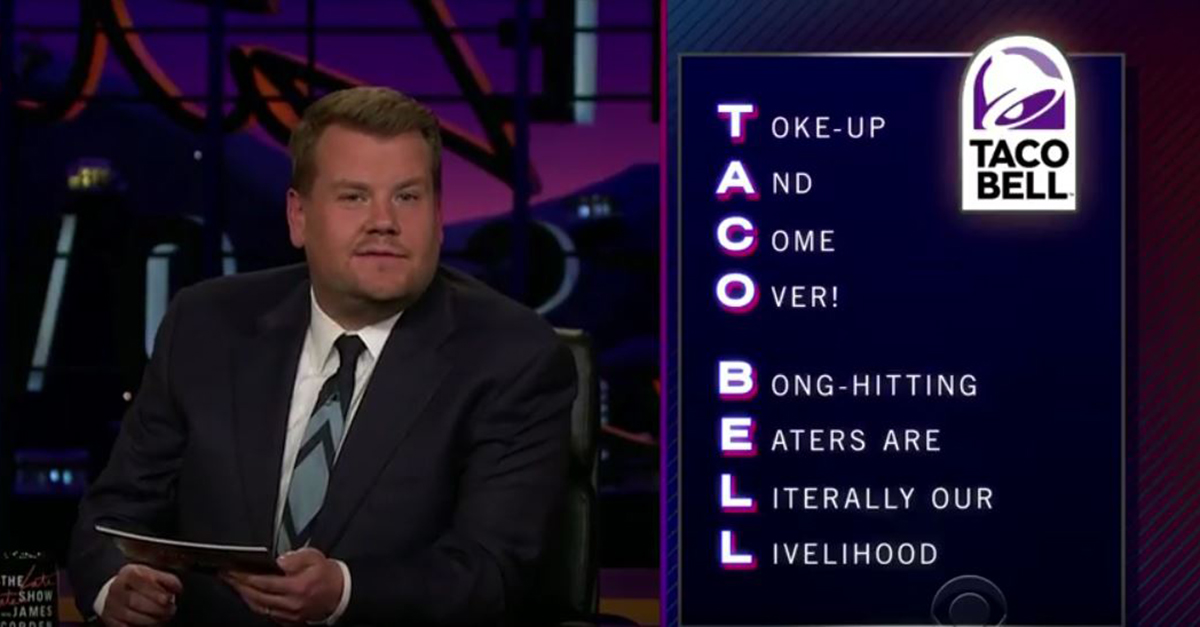