On Tuesday night, “The Late Late Show with James Corden” hosted guests Kerry Washington and Alec Baldwin, both of whom, Corden noted, are “politically outspoken.”

Washington stars in “Scandal,” which is a political drama show, but she admitted that “it used to be that on our show we were ‘shocking,’ we did ‘shocking story lines’ on ‘Scandal.’ We’re like ‘Little House on the Prairie’ compared to this administration.”

RELATED: James Corden dishes out some “honest headlines” and now everything makes sense

Baldwin stated that in New York, people are “very kind and always say thank you.” He also said that when he’d met Trump before, “he was a different person, he was gregarious and back-slapping and social. He was not at all like he is now.”

But it was Corden who had the best story, saying that he once brought Trump onstage during a play he was performing in New York.

When Baldwin asked “how was he?” Corden remarked, “he was great, I was spanking his ass.” 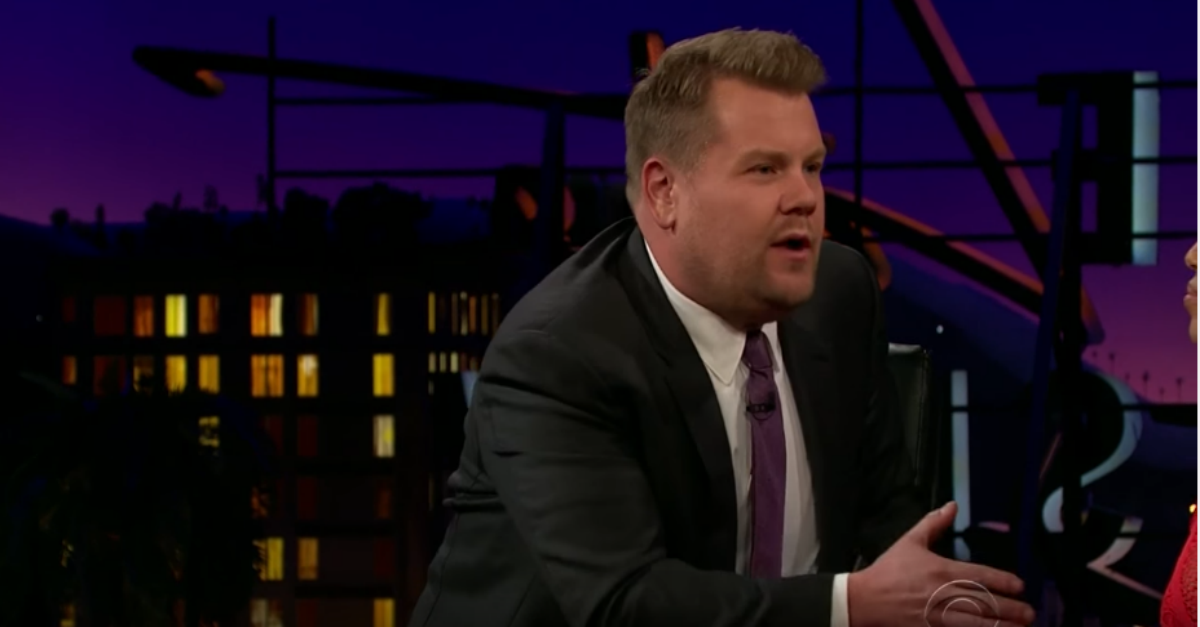