Jamie Foxx is the latest celebrity to play Jimmy Fallon’s “Musical Genre Challenge,” and he had us in stitches 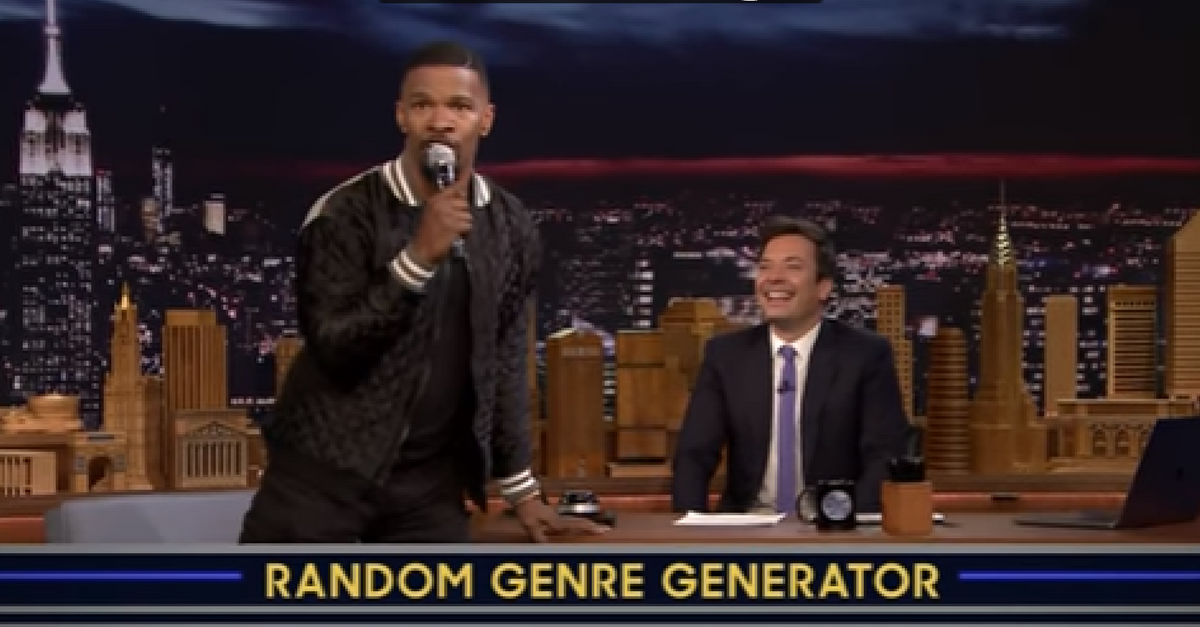 Jamie Foxx appeared on Thursday’s episode of “The Tonight Show” and played a hilarious game of “Musical Genre Challenge” with host Jimmy Fallon.

Fallon kicked things off with a 50s crooner version of “I Can’t Feel My Face,” while Foxx followed that up with a funny rendition of “Who Let the Dogs Out” set to the tune of a Broadway musical. The dynamic duo put their own creative twist on Migo’s “Bad and Boujee” when they transformed the hit into a 60s rock song.

RELATED: Jamie Foxx videotapes two men in Croatia hurling a racial slur at him in their native tongue

Lastly, Foxx stole the show and ended the fun game by singing a Rihanna’s “Bitch Better Have My Money,” the opera remix. The audience loved it so much. You have to watch!