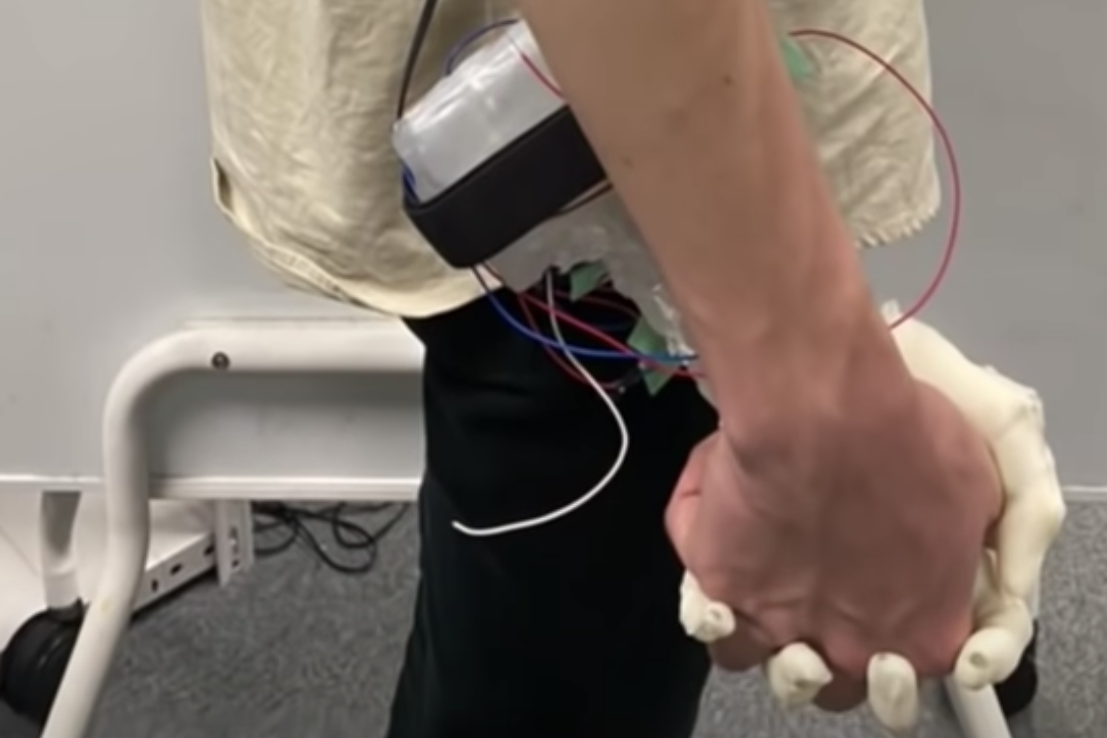 Japanese scientists and robotics experts have created a robotic hand meant to mimic a (non-existent) girlfriend’s hand in order to help lonely Japanese men cope with their lonely walks.

This robot hand hurts my soul. Created by four engineers at Japan’s Gifu University, the Osampo Kanojo, which means “Walk Girlfriend” in Japanese, is a motorized human hand that warms to the temperature of a human body and perspires in order to feel like a real hand that, apparently, lonely people can hold to feel like they have a real-life romantic partner.

The hand’s soft skin, pull motions, and artificial sweat are all meant to make lonely men in Japan feel less social isolation by, basically, sort of making it seem like they have a fake girlfriend. The piece of machinery was invented in part to help combat Japan’s loneliness epidemic, a widespread mental health issue that has only become worse during the Coronavirus pandemic, where across the globe human beings are being forced to have less contact than ever before.

The hand also mimics the smell of a real woman as well as the sound of a woman while walking.

Whatever Ya Gotta Do

Sure we could sit here only in the judgment of this hand. It’s weird, yes. Really weird. But who are we to judge these people. They’re lonely. It’s a different culture. And, unless some Skynet stuff goes down and the hands start strangling their owners, these robot hands aren’t hurting anyone either. They’re harmless albeit kind of weird inventions from a country that routinely invents kind of weird stuff for better (Pokemon! Anime!) and worse (used panty vending machines).

So whatever, go hold these robot hands, lonely Japanese guys. It could not possibly bother us less.

Watch: Comic Explains Why, at Thanksgiving, the Kid’s Table is Better Than the Grownup Table