Jason Alexander was asked about the possibility of a “Seinfeld” reunion on a recent episode of “The Late Late Show With James Corden,” and his response was surprisingly optimistic.

“Would you be interested in it if ‘Seinfeld’ were to come back, if only for an episode?” host James Corden asked the former sitcom star as the excited audience cheered at the very thought of more “Seinfeld.”

RELATED: Jason Alexander of “Seinfeld” fame discovered a mannequin that looks just like him and George is getting angry

“If it were to come back, it would be because those two guys, Jerry [Seinfeld] and Larry [David], had some stupendous idea that I can’t come up with. And if they thought it was worth doing, it would probably be worth doing,” Alexander responded.  The audience popped again, and Corden followed up.

“And you’d be into it?” he asked. “Absolutely,” Alexander replied.

Of course, technically a “Seinfeld” reunion has already occurred. The 10th episode of the seventh season of “Seinfeld” co-creator Larry David’s show “Curb Your Enthusiasm” revolves around Larry writing a new episode and reuniting the original cast in order to impress his estranged wife Cheryl by offering her a role that he’s written especially for her. You can watch the combined clips from the show-within-a-show below: 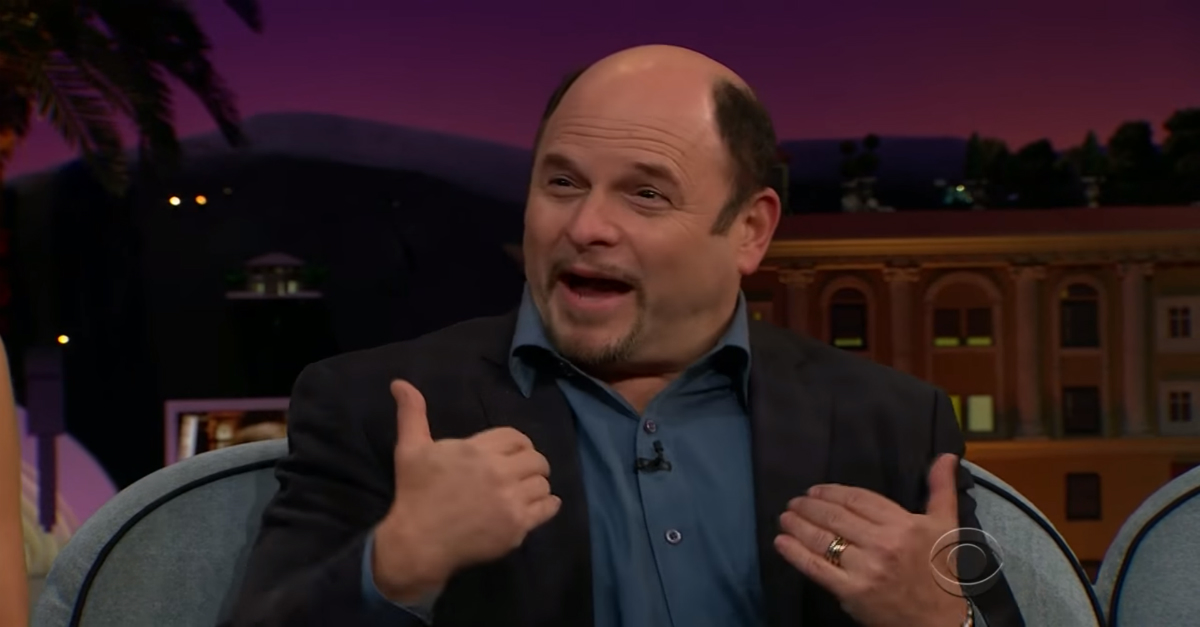