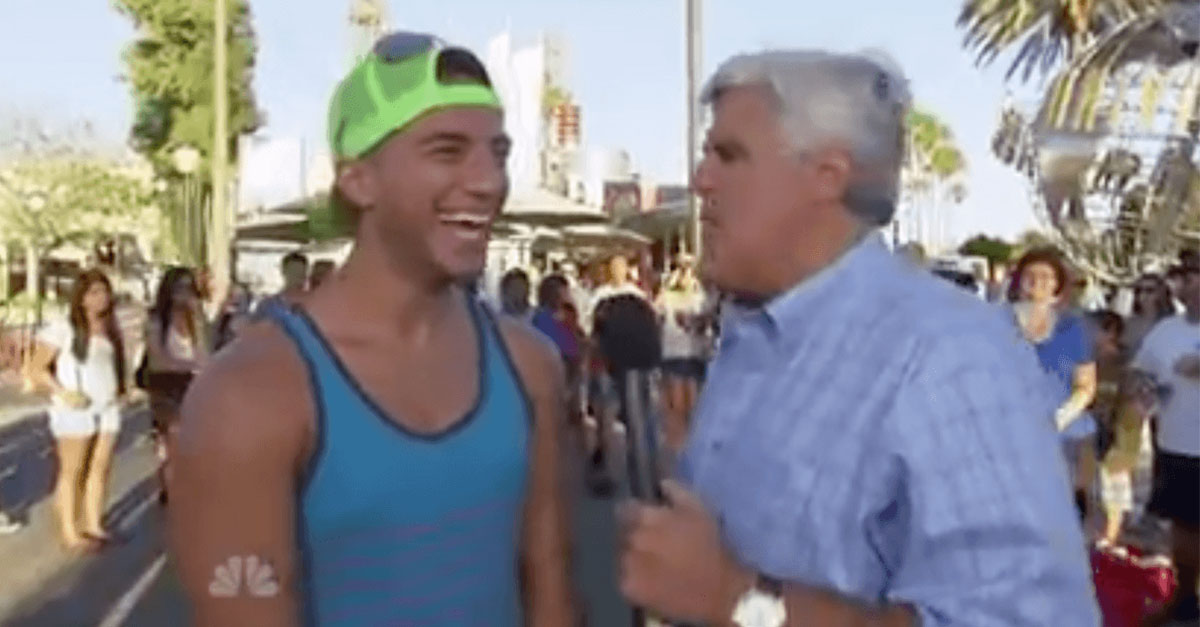 Schools aren’t properly preparing students. It’s amazing how many people graduate with a lack of common knowledge about not only world affairs, but the history of the United States as well.

Schools have really dumbed things down and just pass students along to the next grade. Jay Leno recognizes this. He took to the streets to ask people questions that are included in the United States citizen exam. People who are born here obviously don’t have to take this exam, but it’s reasonable to expect them to have knowledge about our country and government, considering they have been living here their whole lives. Sadly, that is not the case.

Jay interviewed a host of different types of people in California. These are rather basic questions that many of us learned by the time we were in the fifth grade, however, these folks failed miserably. One woman, who is a college student, couldn’t even name a country that borders the United States. She said Europe. Not only is Europe a continent rather than a country, it is on the other side of the Atlantic!

Jay tells these people they are being deported since they can’t pass the citizenship test. Unfortuantely, that is not the case. Remember these ignorant people can vote! That’s what’s really scary! They are like a bunch of zombies!

You can watch this citizenship test episode in the video below.