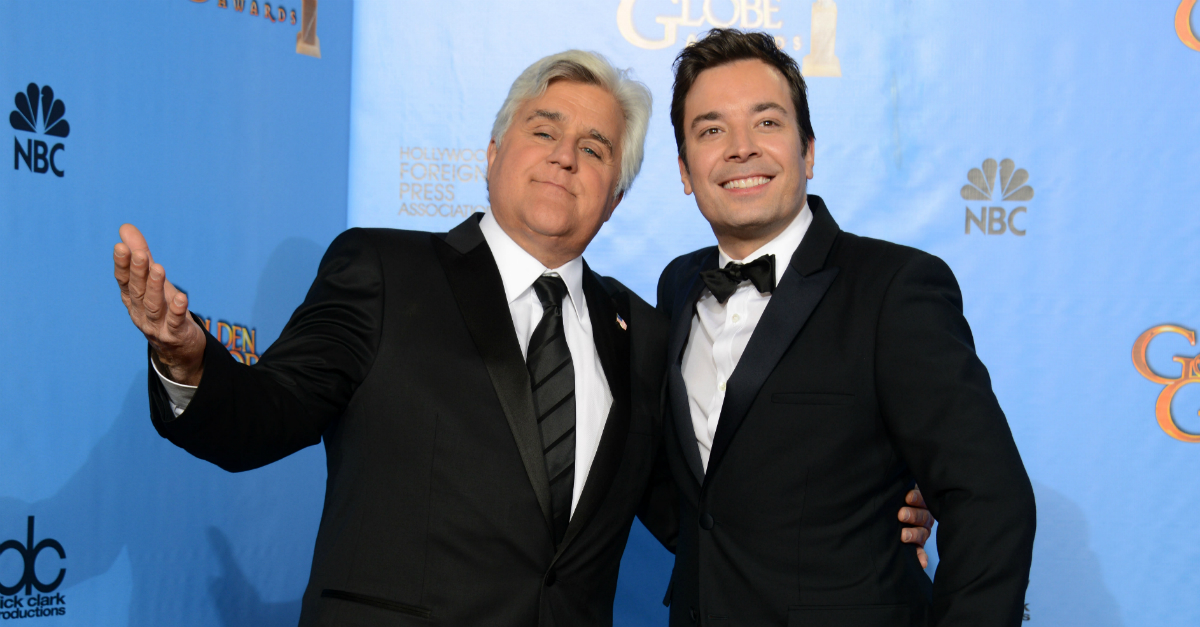 In September of 2016, Republican presidential candidate Donald Trump appeared on “The Tonight Show Starring Jimmy Fallon” for what turned out to be nothing more than a friendly chat with the show’s host Jimmy Fallon. Many of Fallon’s viewers were outraged that the former “SNL” star was so soft on the divisive candidate, and many are now attributing Fallon’s ratings plunge to his apolitical nature.

Fallon recently conducted an extensive interview with The New York Times in which he addresses the Trump interview and the severe reaction to it. The piece also features quotes with some of Fallon’s former colleagues and mentors, like his former “Weekend Update” co-anchor Tina Fey and his “Tonight Show” predecessor Jay Leno.

Leno also told the times that he thinks the current crop of late night hosts should dial back the political stuff:

I am not a Trump fan at all, not in the slightest, not in the least. But this constant pounding does have a tendency to anesthetize your feelings […] It should be called, ?What Did Trump Do Now?? That?s basically what everybody?s monologue is. You almost wish for a normal day, just to have a joke.

RELATED: Jimmy Fallon asked for #MomQuotes, and they did not disappoint

Whether or not other late night hosts take Leno’s advice remains to be seen, but Fallon’s show will almost definitely remain politically vanilla for the time being, even as Stephen Colbert’s “The Late Show” continues to outperform it in the ratings.