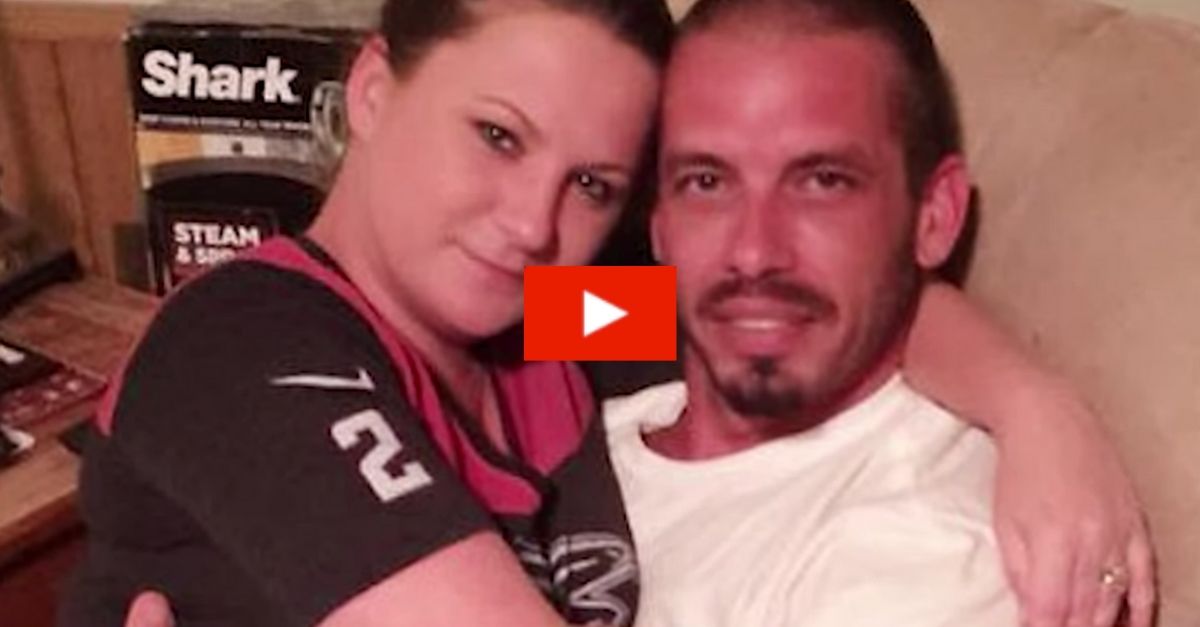 To each their own when it comes to what turns someone on. But the topic sometimes is slightly taboo to talk about because fetishes can be anything. So it’s a little interesting to hear the most odd things that just absolutely do it for people, to the point where they adjust their entire lives to cater to their interests. And this one, apparently, isn’t as uncommon as we would think.

ABR stands for “adult breastfeeding relationship,” and for Jennifer Mulford, this is exactly the type of relationship she has apparently always dreamed of.

A former bartender from Atlanta, Georgia, Jennifer quit her job so that she can breastfeed her boyfriend Brad Leeson every two hours. You heard me right. Jennifer and Brad have a magical bond that stems from breastfeeding, and it’s quite literally the foundation of their relationship. And that’s not an exaggeration.

Knowing she enjoys her breasts being touched during sexual intercourse sparked her interest in ABRs. Finding a deeper, emotional bond in it than just pleasure, she used dating sites, ABR forums, and even posted an advert on Craigslist to find the perfect partner who would also enjoy adult breastfeeding.

She realized her partner Brad was the one for her when she brought up ABRs to him, and he was on board with the bond breastfeeding. They actually had dated back in high school but remained friends throughout the years. And now this relationship works because apparently this guy has a boob size requirement for his relationships. Nice.

So how does it work, because you asked?

Well, since Jennifer hasn’t recently given birth, she’s had to basically manipulate the biology of her body to naturally produce milk. She quit her job because she “dry-feeds” Brad every two hours, which encourages her body to produce breast milk.

If Brad isn’t around, Jennifer doesn’t just sit around waiting for him. She uses a pump or her hand to mimic dry-feeding and has added things to her diet to help her milk supply. This includes taking the herbal pill Lactiful and adding oatmeal and flax seeds to her diet. She also drinks Mother’s Milk Tea, an herbal drink that mimics female hormones in increasing and maintaining milk supply, three times a day.

The couple also doesn’t do any role play, like using bibs or pacifiers. Jennifer explained that her nursing sessions with Brad allow him to, “put his guard down, be submissive, and allow himself to be loved 100 percent.” Finding it inherent to mention how “alpha male” her boyfriend is, Jennifer, continues to explain that he not only works out to make himself feel good about living a healthy lifestyle but also because “he wants other women to feel jealous of what [she has].” I promise I’m trying not to judge, but it’s kind of cringey at this point.

The embarrassment didn’t stop there either. Again, not shaming whatever floats your boat, but this is where I draw the line. Jennifer compared the same deep connection she felt when she breastfed her daughter back in the day, now 20-years-old, to her relationship with Brad now. She’s striving heavily to become Mrs. Leeson soon, and I wouldn’t be surprised if she got her wish.

I know for a fact, however, that I would personally be so pissed if my mother had the audacity to tell the world that the connection she gets from her ABR is the same connection she felt while breastfeeding me. Come on, that’s a little too far.