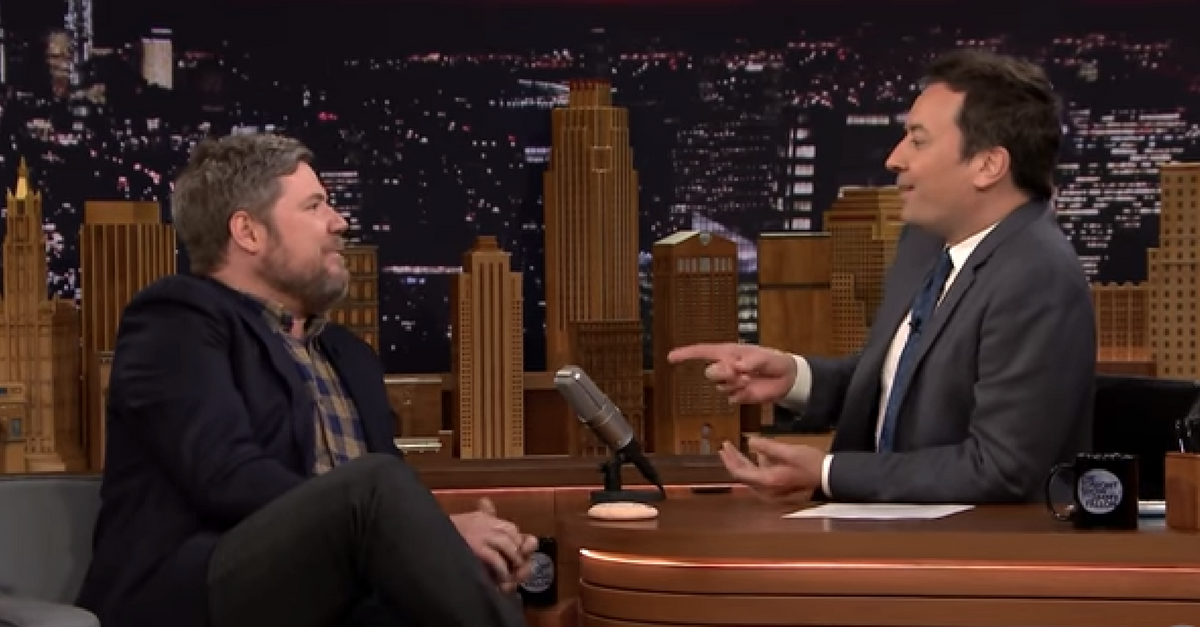 After his 12-game winning streak on “Jeopardy!” came to an end, New York City bartender Austin Rogers collected his $411,000 winnings and stopped by “The Tonight Show” to tell host Jimmy Fallon why he thinks Alex Trebek is actually a hologram.

“We got along fairly well. I still have a theory he?s a hologram,” he said of the game show host.

Of course that had the crowd ? and Fallon ? wanting an explanation, so Rogers continued, “He doesn?t exist off that stage, man. He comes down when the lights come on, he leaves when the lights are off ? he?s like with Tupac and Michael Jackson walking across the hologram stage.”

According to Rogers, he and Trebek became rather friendly, and the host even let the contestant call him “dude.”

“He?s Canadian; he won?t bite back,” Rogers joked. “If he was American I might have gotten in trouble, like, ?ooh sorry?,? he said, mimicking a Canadian accent. ?He?s a legend, he?s a television legend.”

RELATED: This ?Jeopardy!? contestant?s naughty answer got an amazing response