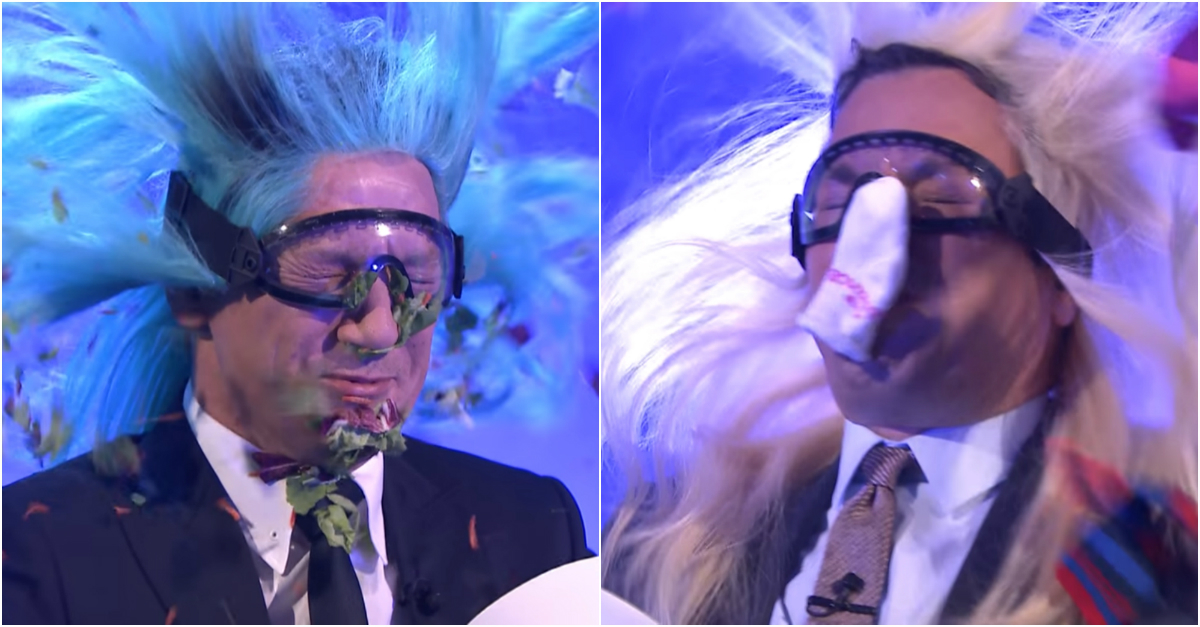 One of the best games on “The Tonight Show,” involves wacky wigs, a confetti canon, Questlove as a computerized floating head and crazy claims that may or may not be true. It’s called “Blow Your Mind,” and movie star Jeremy Renner —  who was on the show to promote his new film “Wind River,” — was the most recent participant.

On Tuesday night’s episode, Fallon and Renner donned their colorful fake hair and sat down opposite each other. They were were presented with statements by the computerized floating head of Questlove — like the inventor of the Frisbee had his body turned into a Frisbee after his death — and asked to guess whether they were true or false.

Both Renner and Fallon incorrectly guessed every round, which meant they were both blasted in the face with items like salad, rose petals and baby socks.

Here’s a clip of Fallon playing “Blow Your Mind” with The Rock from a few month ago: