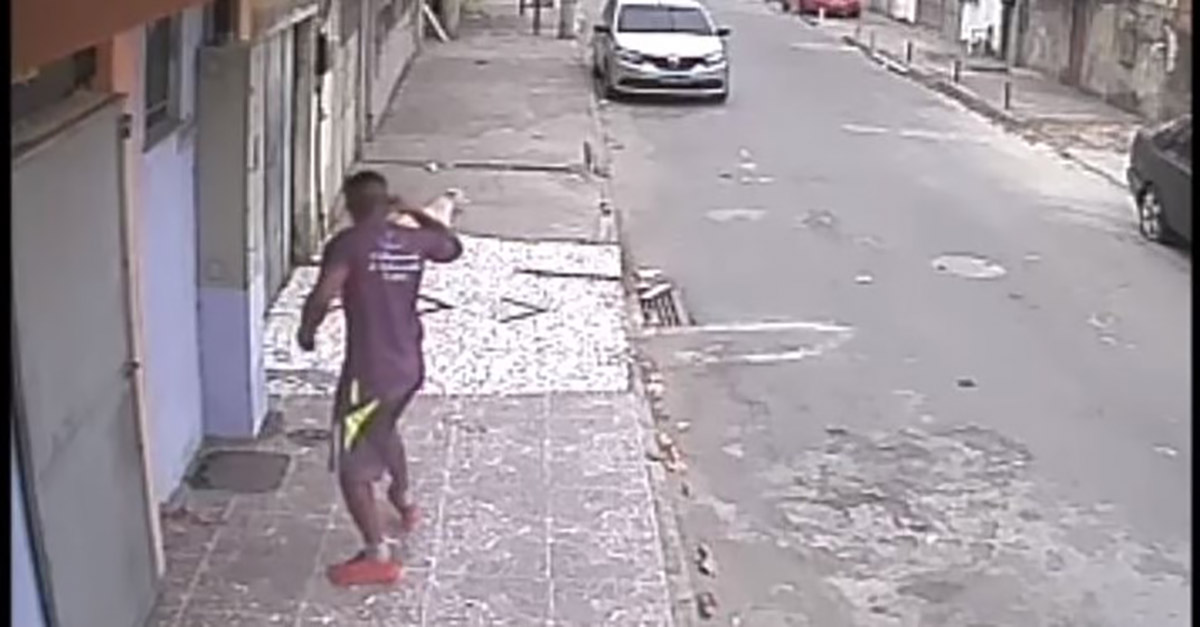 This hysterical ViralHog viral video was captured by a CCTV camera in Rio de Janeiro, Brazil, according to the video’s description.

The clip begins with a man sitting on a curb and looking at the screen on his phone. Perhaps he was scrolling through tweets on Twitter or maybe he was reading a really interesting article. Whatever it was, it prevented him from noticing the stray dog sneaking up behind him. He sits there oblivious as the dog sniffs his back and then lifts its leg. It’s clear that dog is going to be peeing very soon.

The dog urinates on the man’s back thinking the guy is a fire hydrant, and the guy finally snaps back into reality. But it’s a reality he’s rather forget. His back is wet with dog piss and there’s nothing he can do to change it. He lashes out at the dog in anger, but to no avail. He attempts to kick the mutt but misses as it runs off down the street, stops and turns to look at its urine-soaked victim.

It’s almost like it’s mocking him. The video of how a dog mistakes a man for a fire hydrant is probably the saddest but the funniest and most hilarious moment ever. I’m not sure if you could consider a doggy a good boy or man’s best friend. I would hate minding my own business, probably daydreaming, when suddenly a pooch comes up to wake me up with its urine. Saying that is absolutely disgusting, but it is what it is.

I do feel bad for the guy. It definitely makes me more aware to be just sitting on the street. You never know what’s going to happen to you so beware of your surroundings. Maybe I’m out of line since I bet I would probably be pissed in the moment, but I would like to think that I would be laughing at the situation if it happened to me.