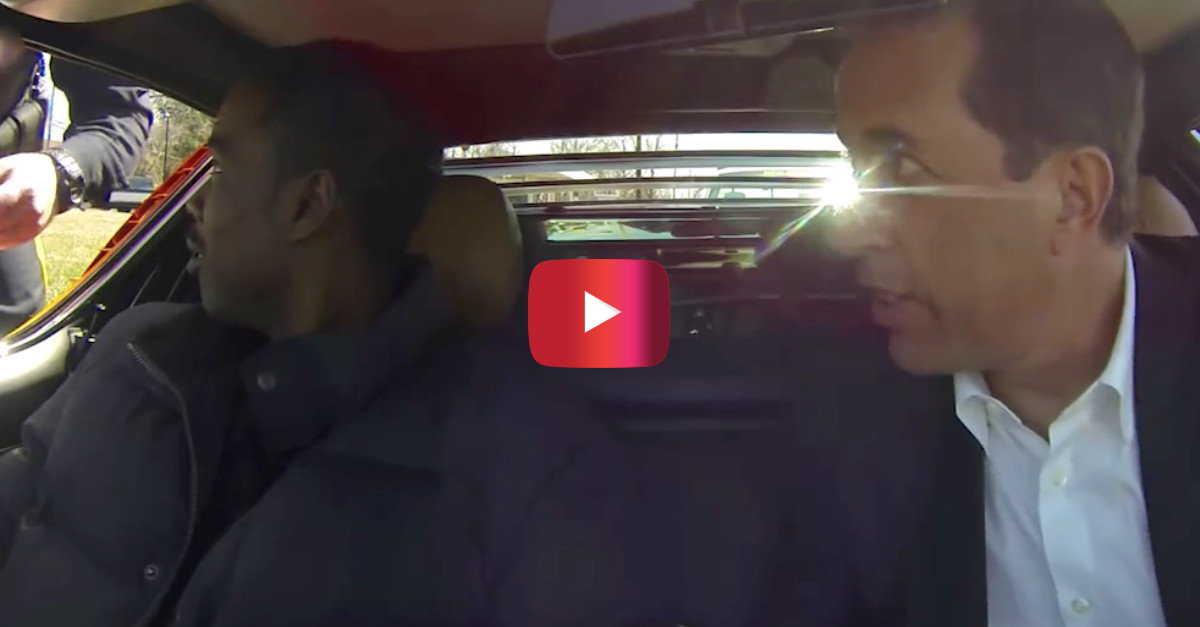 Throughout his run as the host of “Comedians in Cars Getting Coffee,” Jerry Seinfeld and his guests have often discussed the relationship between comedians and police.

According to Seinfeld, a policeman can be a comedian’s best friend, especially when they get pulled over. Seinfeld thinks that most cops are familiar with a big time comedian’s work and will be excited to meet them and not give them a ticket.

RELATED: Before he died, Garry Shandling sat down with Jerry Seinfeld for one of the all-time great converations about comedy

“When you’re a comedian in New York and well known, your favorite people are the police,” Seinfeld says.

“They love you…police love comedians,” Seinfeld explains to another comedian.

During one episode of the show, Seinfeld and comedian Chris Rock get stopped for speeding and ultimately get out of a ticket, which doesn’t surprise Seinfeld in the least.

“If you get stopped by a cop for speeding come up with a scowl and once he sees your face…huge smile.”