Jerry Seinfeld is getting ripped across the web for, what one Twitter user called, “the worst f***ing tweet” he’s ever seen 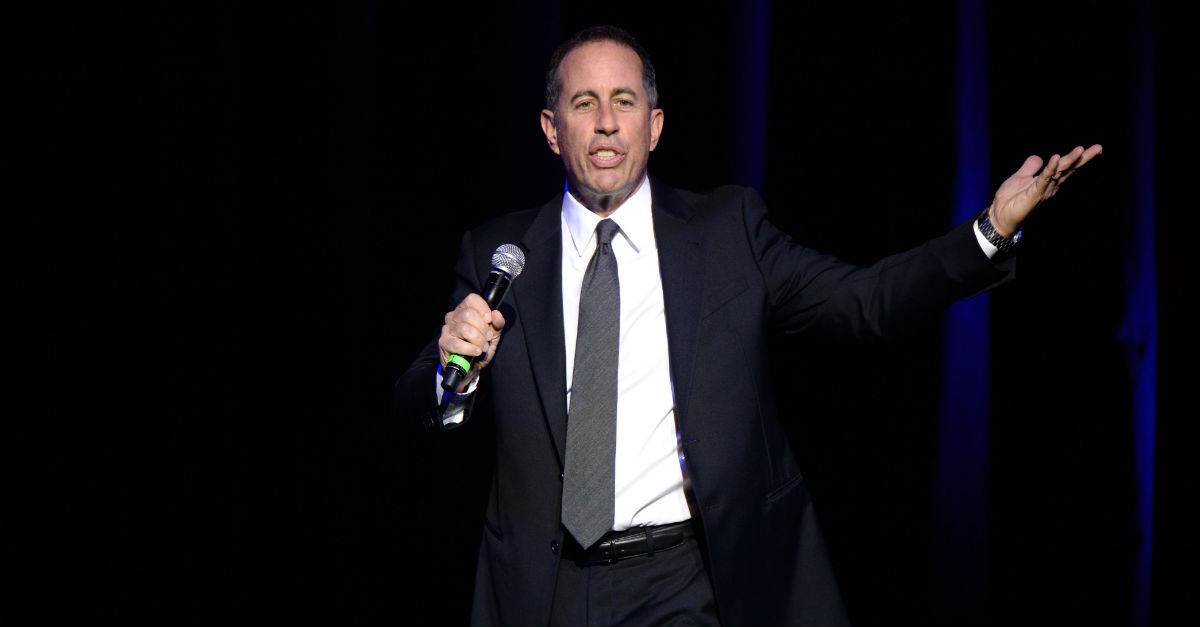 Legendary comedian Jerry Seinfeld is coming under fire on the internet after the world wide web declared that one of his tweets was offensive. Seinfeld was promoting his show “Comedians in Cars Getting Coffee”–the most recent episode features Lewis Black, and the host tweeted that “Black’s life matters.”

Fiction writer Callie Milner declared that “this is a bad tweet,” and comic Zach Heltzel took it a step further, declaring it “the worst fucking tweet I’ve ever seen.”

This is the worst fucking tweet I have ever seen. https://t.co/pvz9zvNsr4

The internet declared that Seinfeld was “marginalizing a civil rights movement” and that the tweet was “in bad taste,” but the actor almost certainly didn’t mean to offend anybody. The episode features Black and Seinfeld driving around in a black Cadillac and talking about their lives as comedians that hit it big. A number of people also came to the comic’s defense, one Twitter user referenced the inflammatory tweet sent out by “Saturday Night Live” writer Katie Rich.

@BenjaminJS @JerrySeinfeld @Acura good point, Seinfeld should have made fun of a 10 year old child and you guys would have laughed

Seinfeld has not commented on the tweet, but when his friend and co-star Michael Richards (who played Kramer in the iconic Seinfeld show) went on a racist tirade at a comedy club, Seinfeld defended him on “Late Show with David Letterman.”