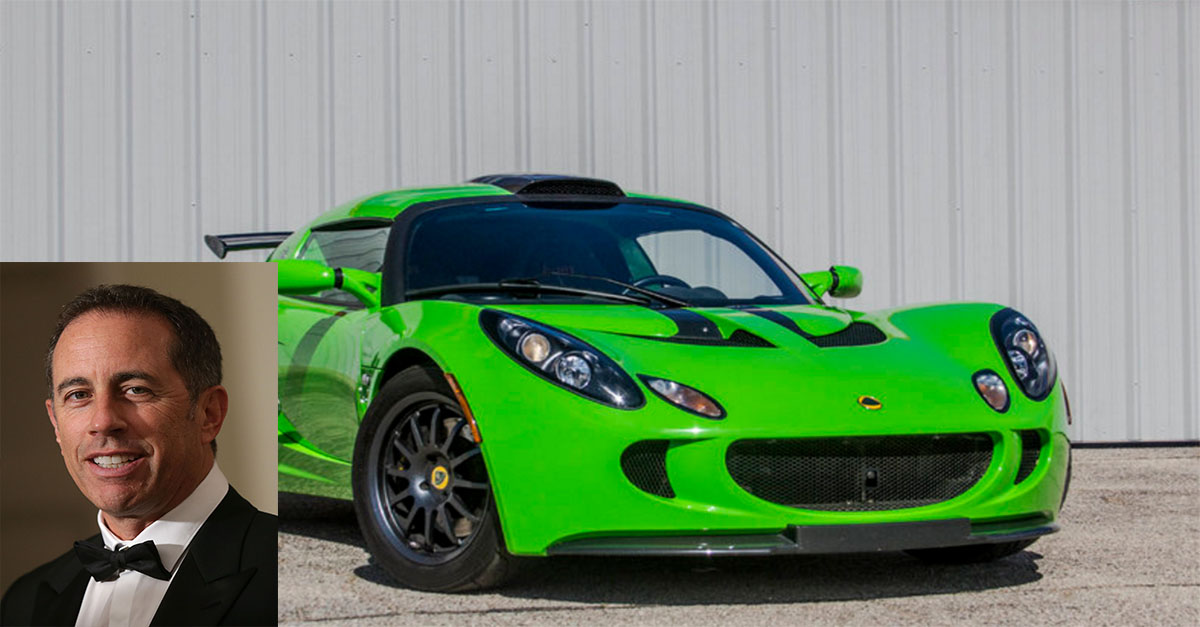 Jerry Seinfeld’s love of cars is legendary. In fact, the comedian’s popular online show, “Comedians in Cars Getting Coffee,” is a wonderful mix of his every-guy sense of humor and cars that will make any motor enthusiast giddy. If you’re lucky (and extremely wealthy), you might even be able to get your hands on one of the comedian’s cars this Memorial Day weekend. Though Seinfeld is a well-known fan of Porshes, his 2009 Lotus Exige will be up for auction in Midland, Texas.

RELATED: Some genius edited Jerry Seinfeld into “Fate of the Furious” and it’s perfect

According to the auction site, Seinfeld special ordered the car in Kawasaki Green and it’s believed to be the only one of its kind. It features a 6-speed transmission and a 4-cylinder engine with 275 horsepower. Fox reported that only fifty of the cars were built in the United States and the initial price tag was $76,120. Since the vehicles have appeared for action, most have gone for around $100,000. Of course, since Jerry’s was custom-made for him, it’s likely to fetch a much higher price tag.

RELATED: Jerry Seinfeld is getting ripped across the web for, what one Twitter user called, “the worst f***ing tweet” he’s ever seen