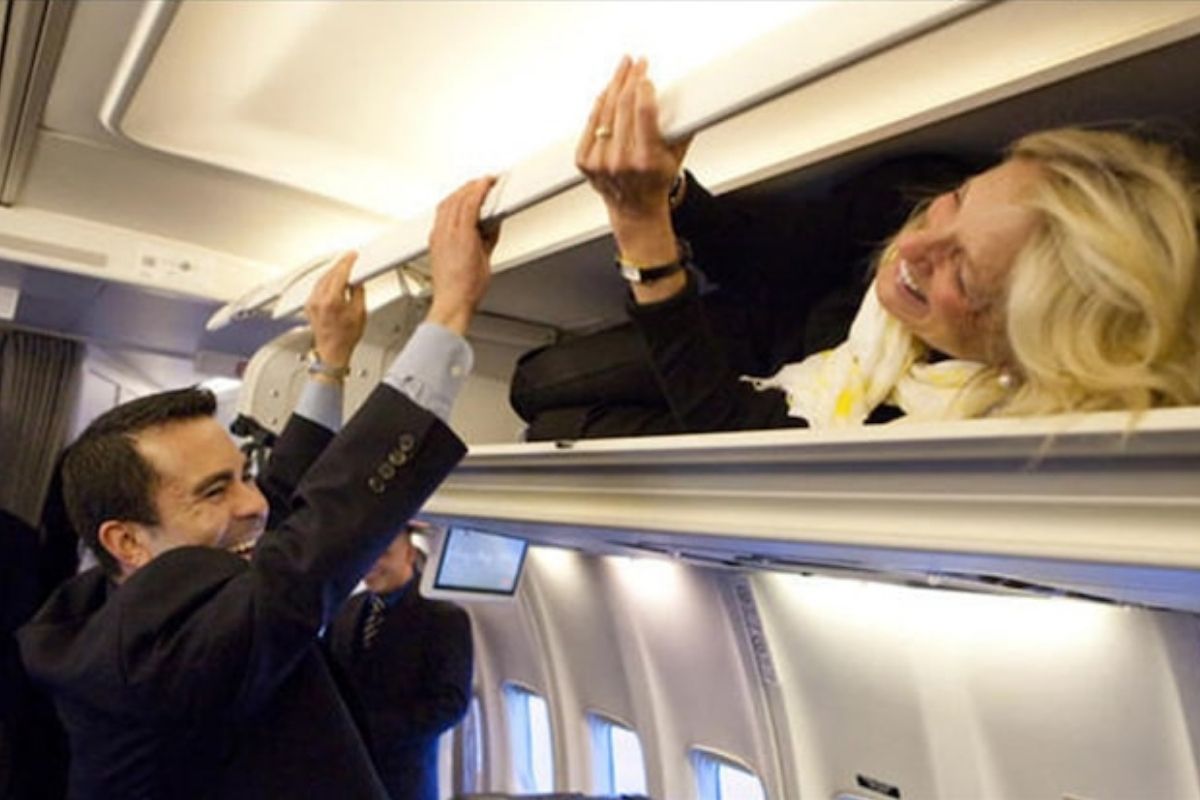 Dr. Jill Biden is slowly becoming my favorite person in the whole entire world. Not only is she the sweetest woman ever, but apparently she has a few tricks up her sleeve! She successfully got away with pranking a lot of people this year, including several flight attendants. Yes, all it took was a flight attendant costume, a wig, and a new name to get everyone laughing during the cross-country flight. The first lady’s April Fool’s Day was so good that even the Secret Service fell for it while traveling with her on the plane.

Biden reportedly dressed the part in short black hair, black pants suit, and a black face mask. She transformed into Jasmine…according to her name tag. She then hit up the cabin to pass out Dove ice cream bar to staffers, the Press pool, and Secret Service. Five minutes later, Dr. Biden returned revealing her true identity without her wig, saying it was just a good April Fool’s joke.

Apparently, the prank was so good that Bidens senior advisor, Anthony Bernal, and Press Secretary, Michael LaRosa, were laughing pretty hard. Dr. Biden, who was returning to Washington, DC after a California trip, is known for her mischievous pranks. President Joe Biden is usually her target, like that time during his first term as vice-president on a trip to California, where Jill stuffed herself into a baggage compartment of Air Force 2.

On Rachael Ray, Joe recalled that moment saying, We got in Air Force Two, we?re flying and I?m saying, ?where the hell is Jill?? And, I open up the baggage compartment on top, above, you know? And, she jumps out of the compartment. This is the Second Lady of the United States of America jumping out of the overhead baggage compartment.? Ah, good old Jilly, I can’t wait for next year’s April fools day prank. I want to be her friend so bad. You’re up, Kamala Harris!