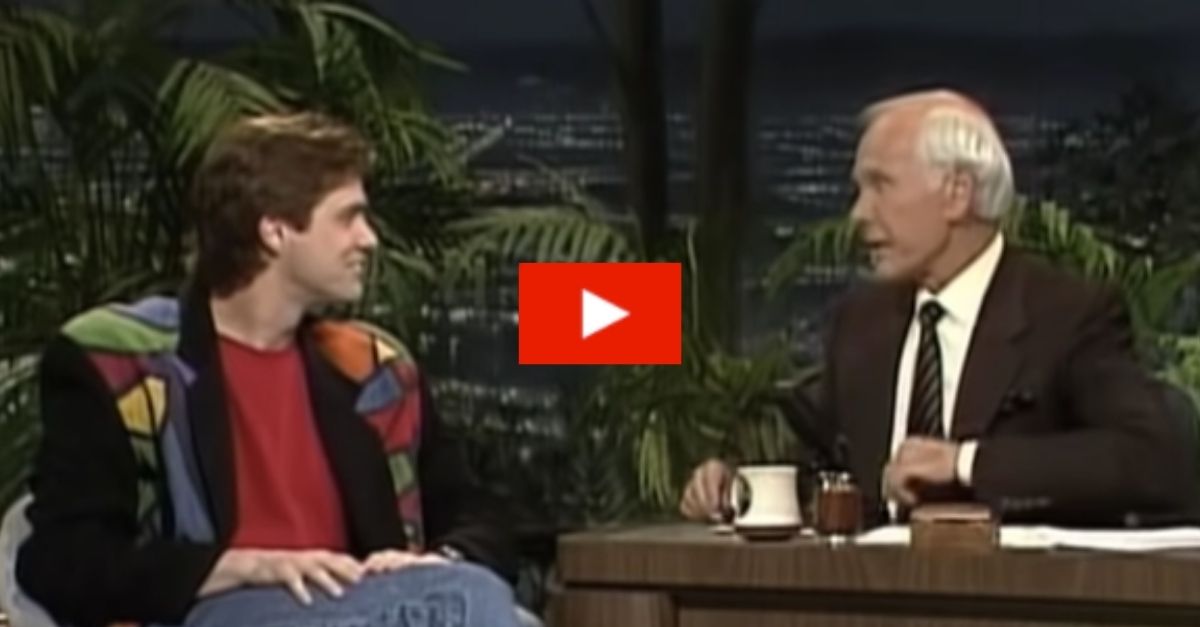 The Tonight Show Starring Johnny Carson featured some of the best interviews to this day, and this one with my personal favorite actor and comedian, Jim Carrey, is most definitely one of them. And if I am being totally honest, I think this interview happened when Jim Carrey was at his absolute prime in his career, attesting to how he was completely encompassing the persona he was known by during this time.

Although this was not his first appearance on the Tonight Show with Johnny Carson, Carrey still walks on stage with the funniest demeanor. He might as well be doing a whole stand up comedy routine, but I have to applaud his ability to stay on track with the topics that were to be discussed on the show while conjuring some of the funniest moments during the interview. Sometimes, amazing comedy comes from the more simple things like Jim Carrey impressions of Kevin Bacon. Because that’s exactly what he does in this interview.

The best part about interviews as well is that because they are live, tv show blooper reels are not really a thing at all. But when you have someone as hilarious as Carrey on the show, bloopers don’t even exist because whatever mess-ups occur, already turn into great comedy skits. Carrey is absolutely hilarious the entire time, and he goes just as far as to show his skills off as an amazingly hilarious impressionist by also impersonating the cartoon character, Wile E. Coyote from Looney Tunes’ the Road Runner. Full disclosure, this cartoon also happened to be one of my favorite cartoon shows as a kid.

As I nostalgically watch Carson episodes, this is definitely my favorite because how could it not when my favorite comedian is not only getting interviewed, but also does a great impersonation of one of my favorite childhood cartoon tv shows. Talk shows may never be as sentimentally classic as Johnny Carson interviews (no offense to the Tonight Show Starring Jimmy Fallon, Jimmy Kimmel Live, Saturday Night Live, or any other late show for that matter), but it is what it is.

Just wait until you see the full episode interview with Robin Williams. Let’s bring the antenna tv shows back.