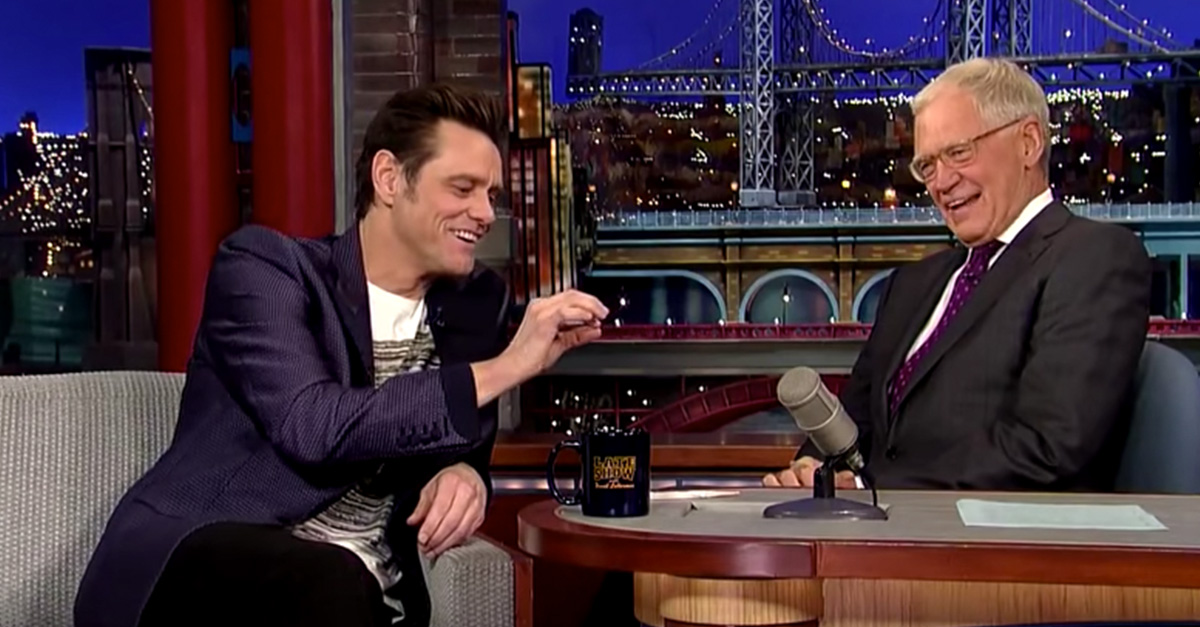 Jim Carrey, star of comedy hits like Ace Ventura: Pet Detective and Dumb and Dumber, as well as dramas such as The Truman Show and Eternal Sunshine of the Spotless Mind, is a master of impersonation due to his ability to greatly contort his face and affect his voice.

After a particularly great impression of Matthew McConaughey‘s car commercial series of Lincoln ads in 2014, NBC’s Saturday Night Live had Carrey making fun of McConaughey’s mannerisms and almost perfectly imitating the Dallas Buyer’s Club star. He pokes fun at how McConaughey goes from being an “Oscar winner” to an uber driver, in some sort of big step down in careers.

Later, in an appearance on The Late Show with David Letterman that same year, he showed off the spoof of the Lincoln commercials again, and it’s hilarious. “It’s real simple Dave,” Carrey said to host David Letterman. “All I gotta do is let go of the illusion that I exist, driving around in my Lincoln.”

Then Carrey talked about his very own SNL audition, and how he was sidetracked and preoccupied during it because there was a man outside who was on the verge of jumping off of 30 Rockefeller Plaza onto the street. “I couldn’t concentrate because it was like ‘Is he gone?'” Carrey said.

But are we surprised that Jim Carrey did such a good job? Of course not. The guy is a true staple in comedy and if you’re a true fan of his, you’ll know he wears a mask well and is definitely a master of disguises.

Editor’s note: This article was originally published on December 27, 2016.

Watch: Did Andy Kaufman Fake His Own Death To Escape the Spotlight?