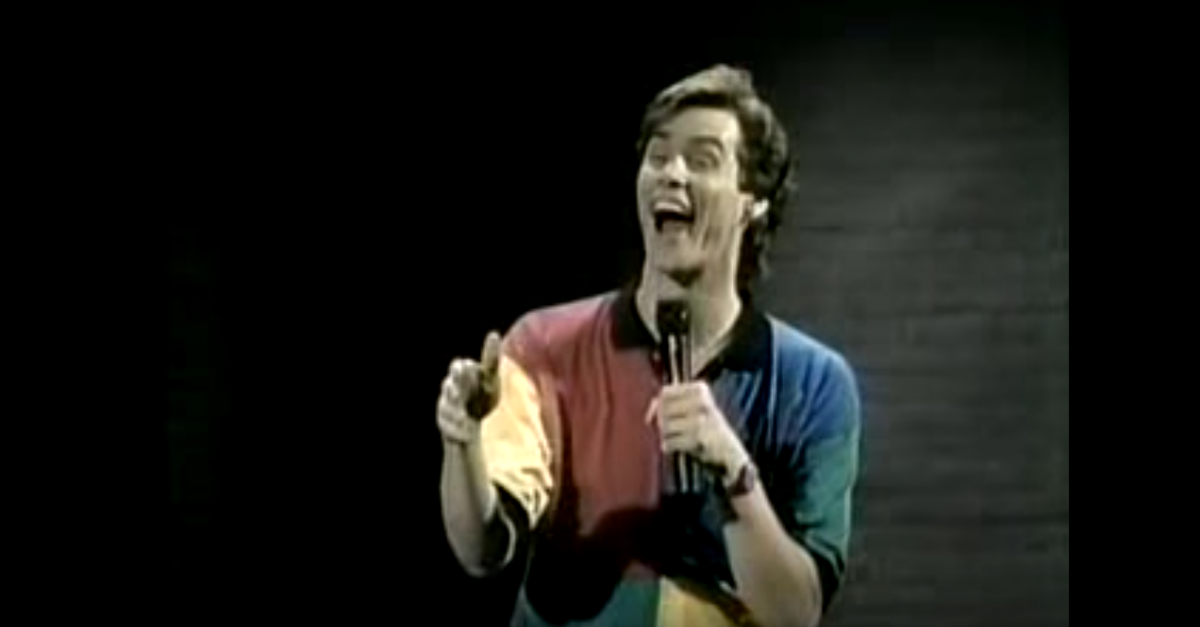 Jim Carrey isn’t extremely popular for his celebrity impressions (though his Matthew McConaughey bit had us in stitches). And while he’s starred in too many movies to name, he’s not very well known as a stand-up comic. However, like most comedy actors, he cut his teeth on the stand-up circuit.

Carrey’s impression of Jimmy Stewart is one of his more famous bits and he’s performed it on a number of shows. Stewart was best known for his role in the Christmas class “A Wonderful Life,” and he has one of those voices that’s recognizable in any film. Carrey’s rendition of the late Stewart is both over-the-top and spot on and has us in stitches.

RELATED: Will Ferrell shines in what might be the best “Celebrity Jeopardy” ever