Beer pong may be a cherished collegiate pastime, but it’s not the most difficult game in the world. After all, the point isn’t to win, it’s to get hammered. Plus, even with stationary cups as targets only a few feet away, your average player will miss often enough to keep the game interesting. But what if you weren’t going up against the average player? What if your opponent was Los Angeles Lakers basketball legend Magic Johnson? As one of the all-time greats of the NBA, Magic doesn’t miss often.

RELATED: If you’re going to visit Newport, R.I., Bill Burr is the best tour guide you could ask for

Well, Jimmy Fallon found the answer to the conundrum on “The Tonight Show.” You just have to attach the beer cups to a couple of Roombas, and you’ll have a game that will give anyone a challenge. Jimmy and Magic faced off against The Roots’ Tariq and actor Luke Wilson in a game that quickly turned into each side taking shots as fast as possible to get the victory.

If you happen to have a few Roombas lying around, give this game a shot at your next party. 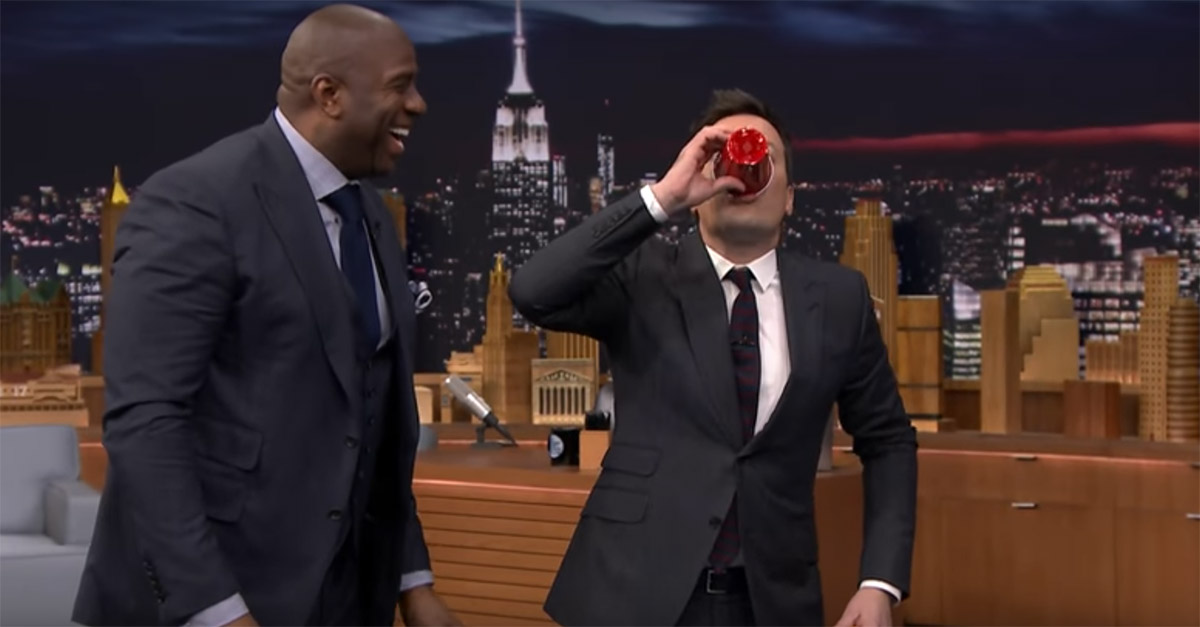