On Tuesday night, President Trump gave a speech to the joint sessions of Congress, and it was widely hailed as a “presidential moment.” Left-leaning pundits weren’t sure how to react to the new Trump, but thankfully, Jimmy Fallon stepped in with a segment on his show to report on the historic speech.

RELATED: Jimmy Fallon is back as Donald Trump unveiling his very own TV network

Fallon’s Trump impersonation is a very “love it or hate it” sort of bit. When the “Tonight Show” host appeared at the “Trump News Network” desk, his antics were in full swing as he admitted that “before my speech, Steve Bannon did shoot me up with a horse tranquilizer.”

He also checked in with Kellyanne Conway, who was lounging in the Oval Office.

As Fallon’s Trump got fired up, an aide sneaked in and shot him with a tranquilizer. 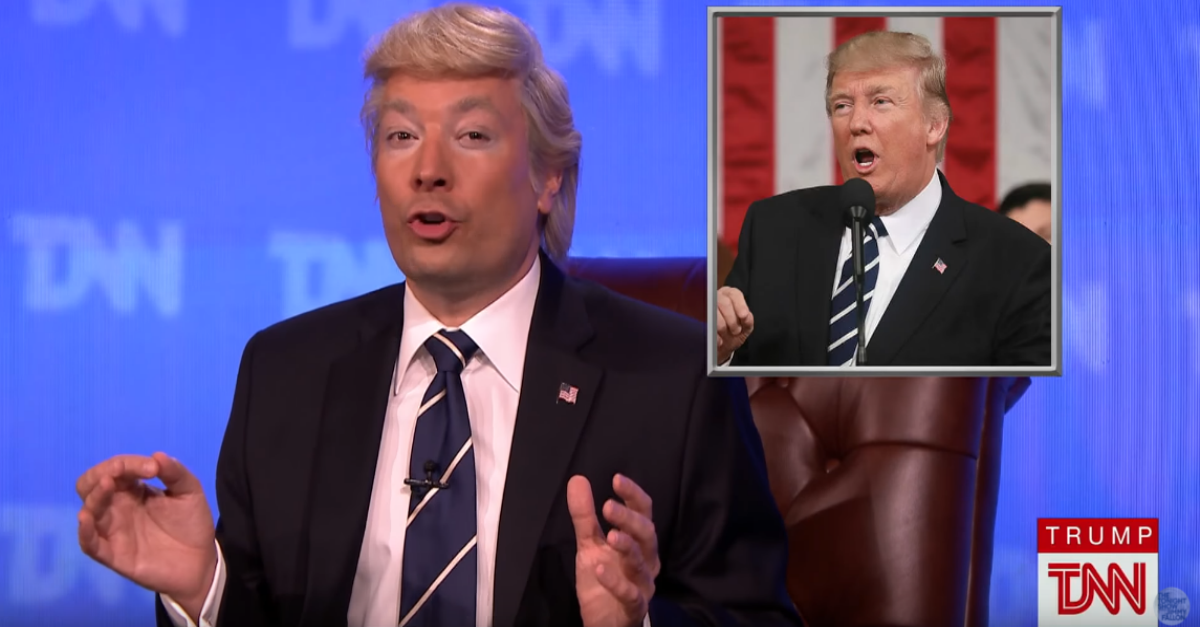