A Valentine’s Day gift is the sort of thing that has special meaning attached to it. If you’re giving something to your significant other to show your love for them, it’s bound to be a present you put a lot of thought into and that suits their personality. Valentine’s Day encourages the most memorable kinds of gifts, ones that stick with you for the rest of your life.

Or so you’d think.

RELATED: Jimmy Kimmel broke character and tossed an audience member out of the studio and Zach Galifianakis was loving it

Men often get the complaint that they’re impossible to shop for, so Kimmel decided he’d ask his male staffers about the gifts they’d received on past Valentine’s Days. The problem was, none of the guys interviewed could remember what their lovers had given them even last year, let alone years in the past. One guy even called up his wife, and she couldn’t remember either.

There was one exception: Guillermo could remember what he got, but wasn’t sure he should say it on-air.

Well, ladies, the pressure’s off. Don’t worry about getting your man a special gift, since he probably won’t be that concerned about it. 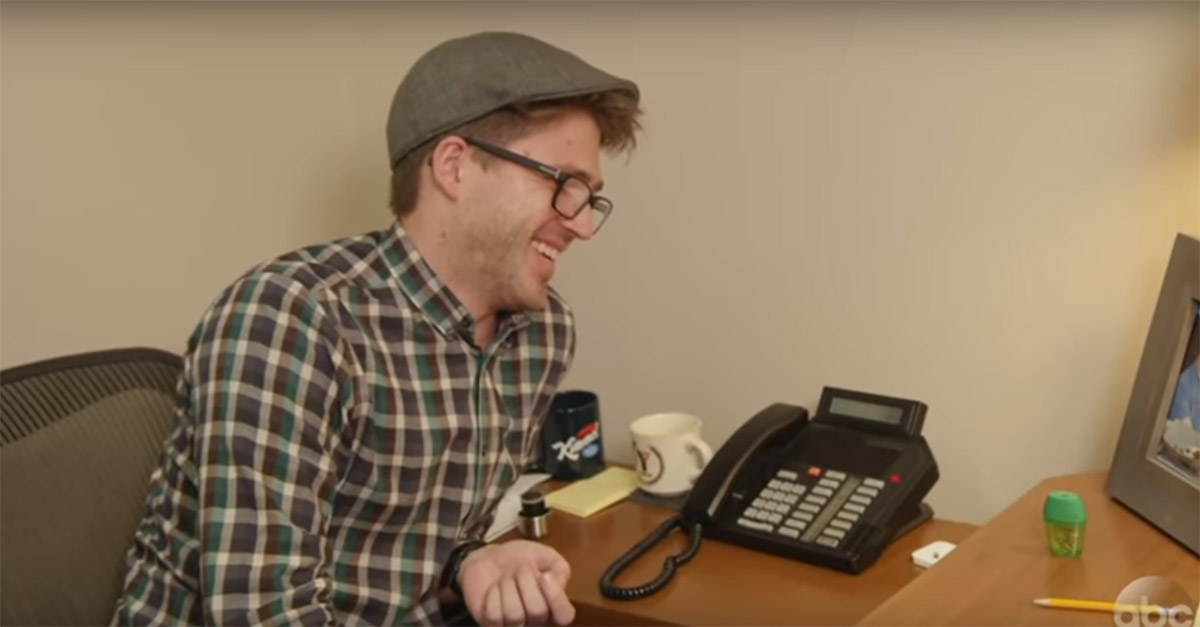