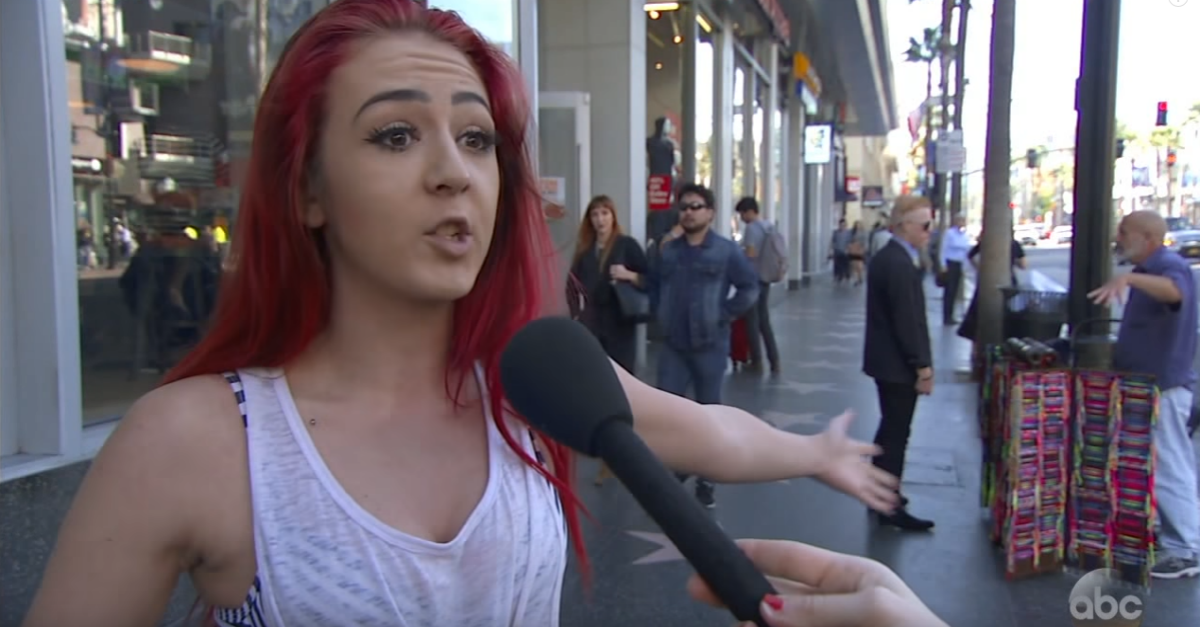 There’s a lot going on in the United States — every day, there’s a new development, cabinet appointment, scandal, or really just a bit of nonsense that the media spins into a big deal.

Regardless, most of us figure that it’s hard not to be aware of what’s going on in the world or notice that Donald Trump has selected his pick for the Supreme Court. But when “Jimmy Kimmel Live” took to the streets to ask pedestrians how they felt about Rob Kardashian being nominated to the Supreme Court, the results were, if nothing else, an indictment of the American consciousness.

RELATED: Jimmy Kimmel takes to the street to ask couples an awkward question, and they never seem to argue on the answer

Before he showed the clip, Kimmel claimed that “seven people in a row” believed his fake news about Rob Kardashian, who is essentially only famous for being the brother of Kim, Khloe, and Kourtney Kardashian. One girl said she was “shocked” when she saw that the reality star had been nominated to the highest court in the land, but brushed it off as “everything that happens, happens for a reason.” Another girl decried Rob Kardashian as “too famous” and not “knowing anything about nationalism or what’s going on.” (Spoiler: she doesn’t know what’s going on!)

RELATED: Ahead of the actual inauguration, Jimmy Kimmel asked these people what they thought of Donald Trump’s first day is office