Jimmy Kimmel is preparing to host the Oscars in less than two weeks. On Wednesday night’s show, he decided to warm up for his big night by handing out a lifetime achievement award.

For the big moment, he decided to award an actor who’s work has gone largely unrecognized — the guy who was eaten while on the toilet in the original “Jurassic Park.”

The scene where the actor, Martin Ferrero, is eaten off the toilet by the Tyrannosaurus Rex is easily one of the most memorable moments in the film and perhaps all of ’90s cinema.

RELATED: These are the highest-grossing movies filmed in every state

Kimmel assembled a wide group of actors to praise Ferrero in a hilarious clip and even presented him with his very own personalized trophy — a guy getting eaten off a toilet. 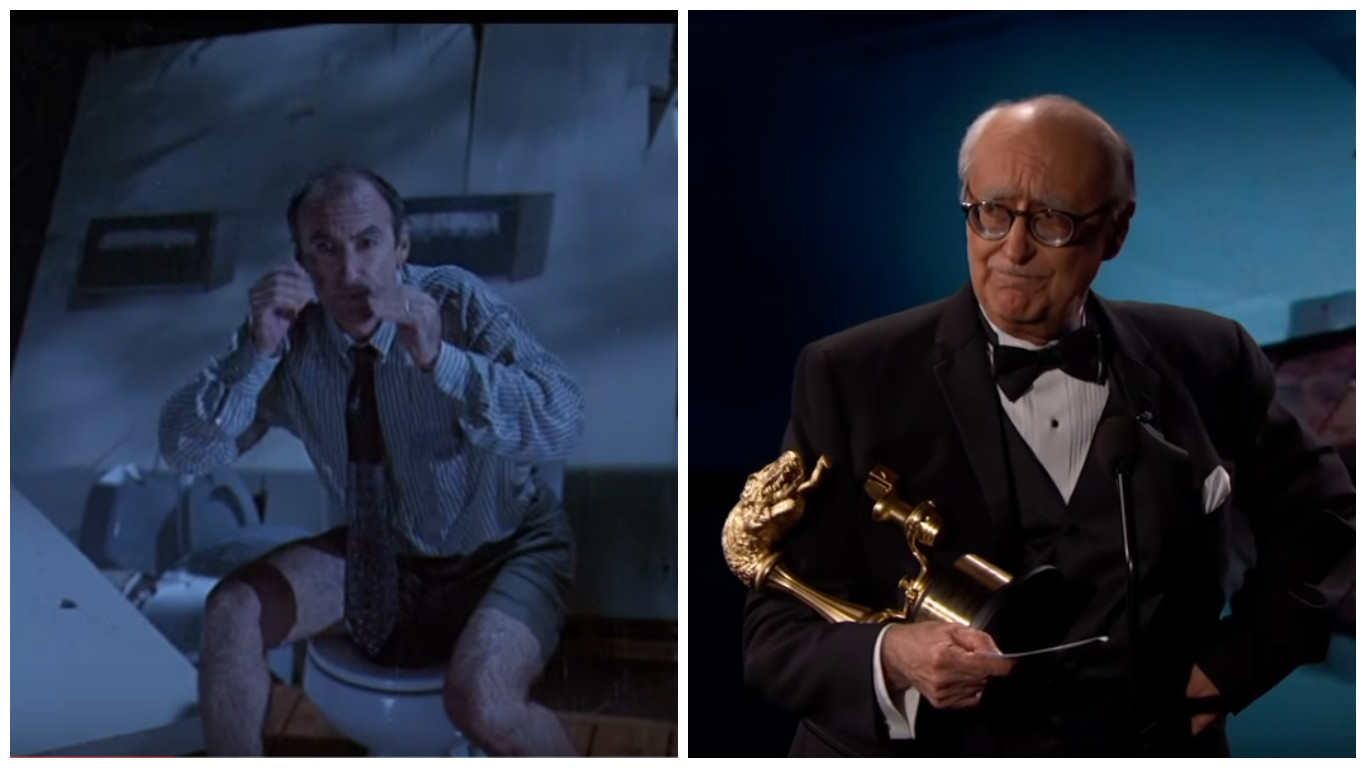