Jimmy Kimmel sent his top reporter, Guillermo, to ask NFL players and coaches about the big game, and the tough guys couldn’t keep a straight face 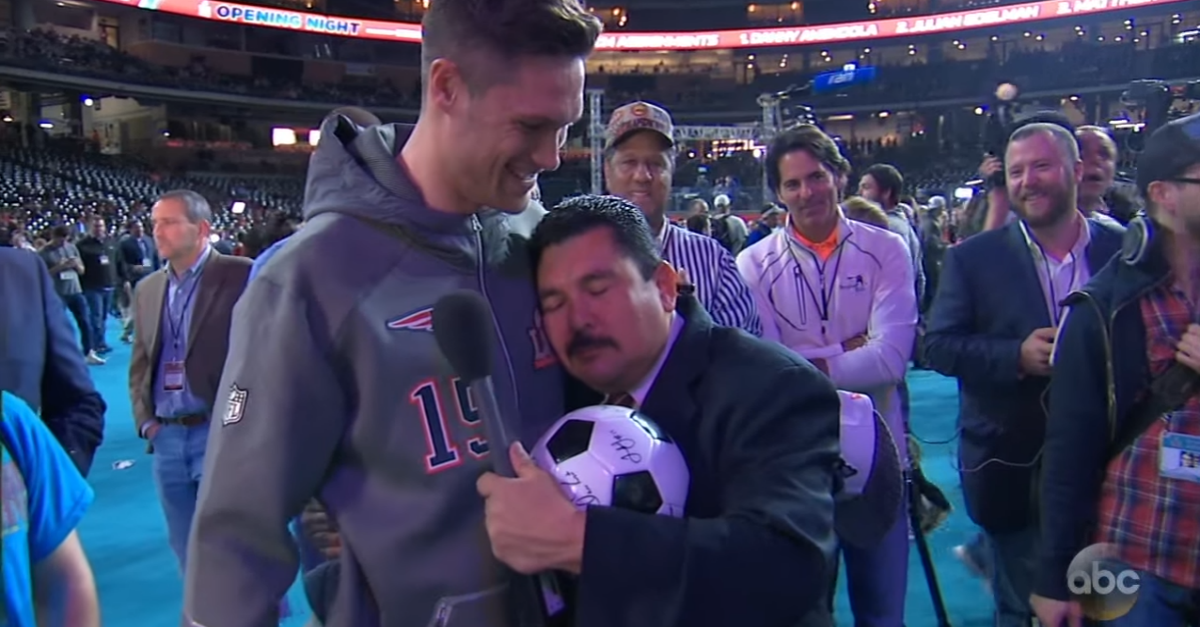 Unlike some of the other branches of the mainstream media, Jimmy Kimmel isn’t too worried about sending his reporters to talk Trump or get the scoop from the big wigs on Capitol Hill. Instead he’s sending his top reporter, the lovable Guillermo, to get the news on the coaches and players who will be taking the field on Sunday for the Super Bowl. And, of course, he asked the tough questions including, “What does Tom Brady smell like?”

RELATED: Melissa McCarthy has us in tears of joy with her new role as a whale-saving, tree-hugging activist in a new Super Bowl ad

Guillermo wasn’t always Kimmel’s top man-on-the-street — he used to be the security guard in the parking lot at “Jimmy Kimmel Live,” but Kimmel has sent him to the Grammys and the Victoria’s Secret Fashion Show to get the latest news for the Hollywood audience. For the NFL media day, Guillermo took along a turkey leg instead of a microphone, which hilariously had Falcons’ offensive lineman Alex Mack distracted. He did call out the NFL Network as “fake news,” and it all ended well when he got several of the athletes to sign his “football.”

RELATED: Grab some popcorn, sit back, and relive the 5 best Super Bowl commercials of all time