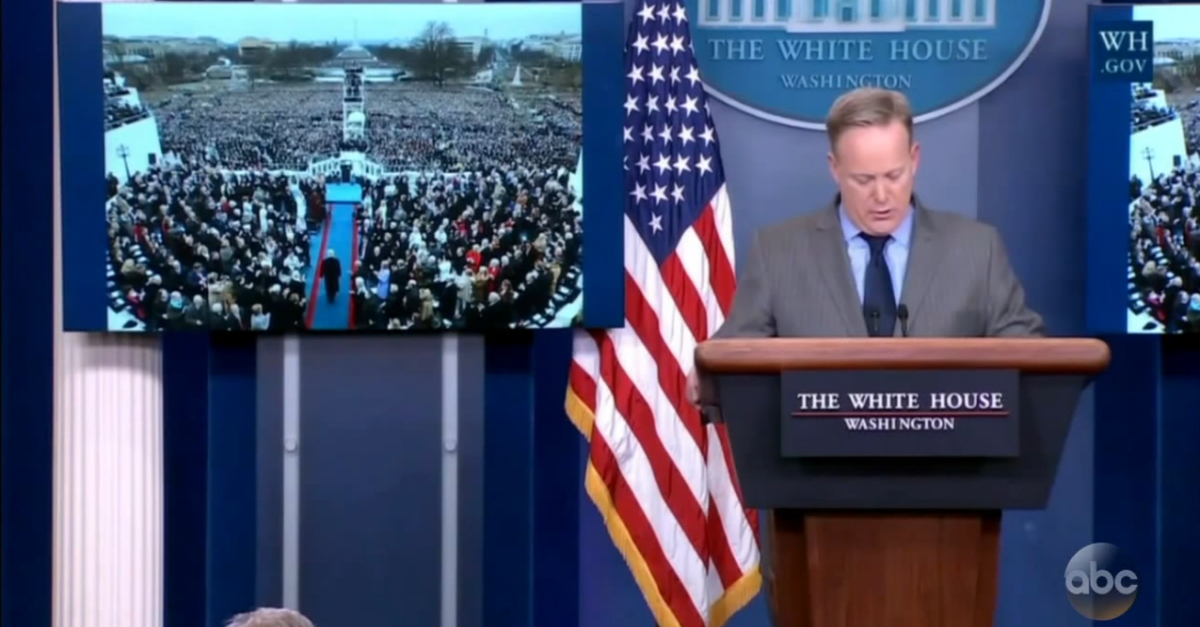 White House Press Secretary Sean Spicer has come under a lot of heat for his appearance on Saturday evening when he gave a press conference and gave some statistics that at best weren’t perfect and at worst were just wrong. On Monday he gave another press conference where he walked back on a few of those numbers but it still didn’t look great on the new administration.

To fix Spicer’s somewhat embarrassing appearance, Jimmy Kimmel called in his video guys on Monday night to slow down the footage and viola, drunk Sean Spicer. Kimmel also did this a few times with Donald Trump and it made the president seem a lot more logical. Spicer has a lot on his plate at the moment as he is currently being Twitter-trolled by Dippin Dots after it was revealed that he started a feud with “the ice cream of the future” a few years ago.

RELATED: Triumph the Insult Comic Dog was at the inauguration to roast Trump supporters and protesters alike