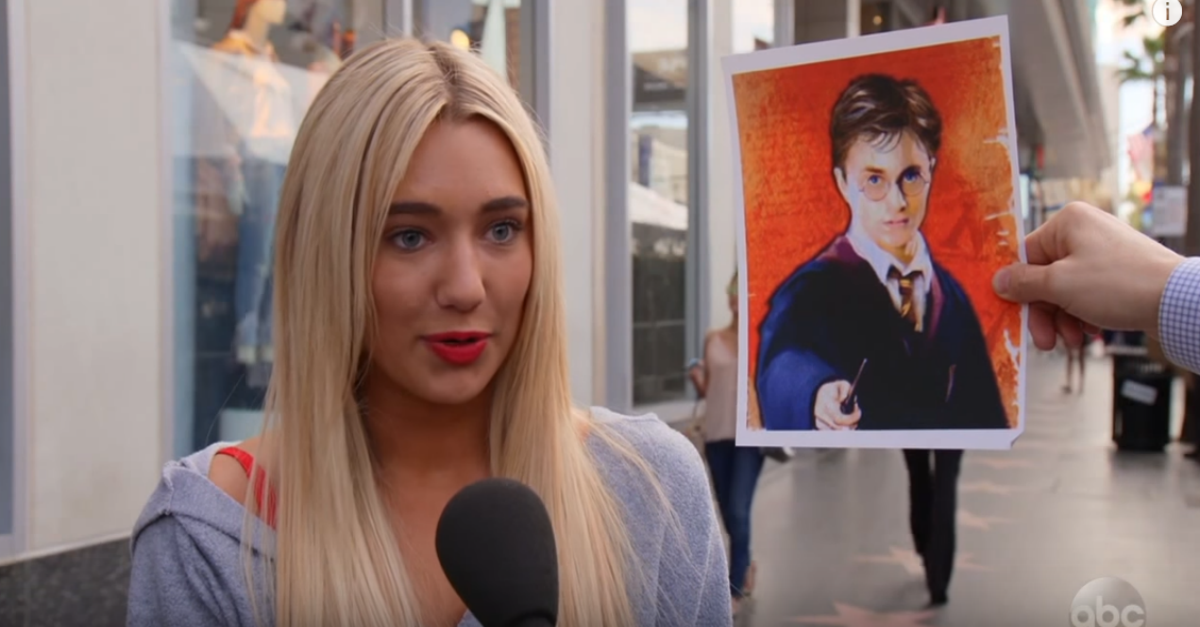 On Thursday night’s episode of “Jimmy Kimmel Live,” the host took to Hollywood Boulevard in Los Angeles and asked pedestrians a few questions to see if anybody is paying attention to the news.

Unsurprisingly, they discovered that not only is nobody paying attention, people barely seem to be aware of what planet they’re living on.

RELATED: Jimmy Kimmel takes to the streets and discovers that people aren’t naughty on Hollywood Boulevard

Kimmel’s street reporter talked to people and asked about George W. Bush; the former president has recently spent a lot of time painting. When presented with what was clearly a poorly printed picture of Harry Potter, one woman said, “He’s obviously a very important character to the American people.”

When asked if she thinks President Bush looks up to “the young wizard depicted in this painting,” she answered, “I think absolutely, I think everyone should.”