Even though “Jimmy Kimmel Live” is lagging behind Fallon and Colbert in the ratings, Kimmel’s “pedestrian questions” segment is one of the best bits of late-night television.

For the bit, the show sends a reporter to Hollywood Boulevard to ask questions that are about as blunt as it gets. On Wednesday night’s episode, Kimmel quoted an investigation done by NBC that found “almost 100 federal government employees have admitted to or been caught viewing copious amounts of pornography while on the job in the past five years.”

So, of course, Kimmel’s team took to the streets to ask the question that no guilty party wants to admit: “Have you ever watched pornography at work?”

RELATED: “Jimmy Kimmel Live” went to the street and discovered that nobody is paying attention to what’s going on in the world

Almost none of the pedestrians admitted to viewing dirty films, though the audience seemed to think they were all guilty parties. 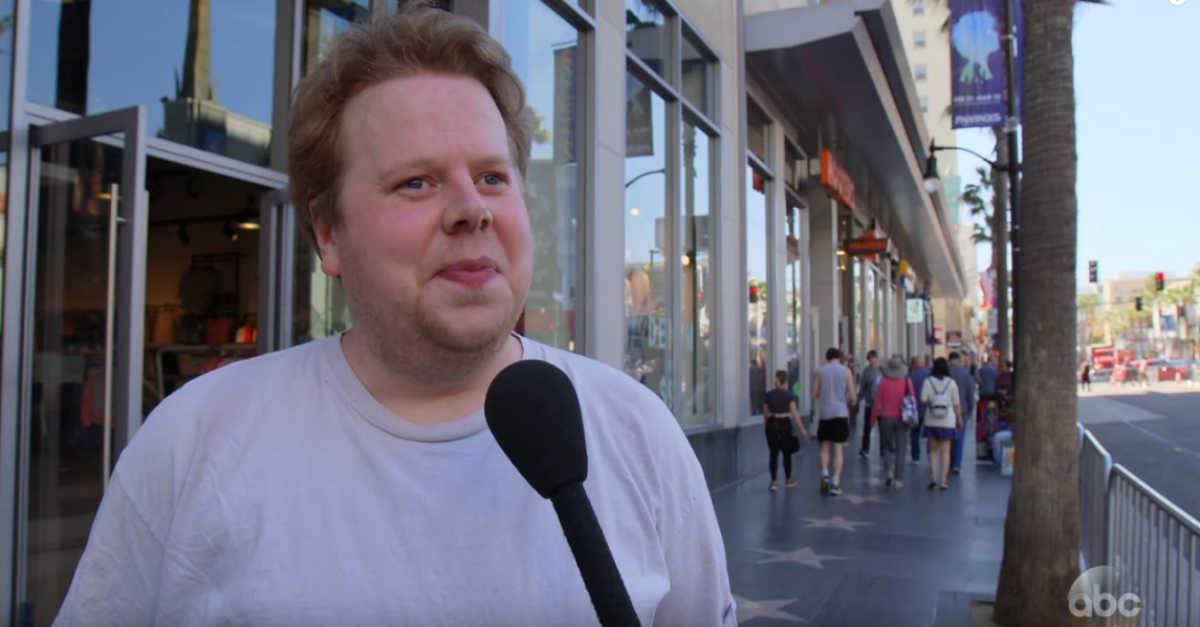