On Monday night’s episode of “Jimmy Kimmel Live,” host Jimmy Kimmel addressed the week’s big news story that Donald Trump Jr., his brother-in-law Jared Kushner and Trump campaign manager Paul Manafort met with a Russian lawyer to hear what they thought would be information that could damage Hillary Clinton’s campaign sometime before the 2016 election.

Kimmel then played clips of Trump’s spokesperson Kellyanne Conway on various news programs as she attempted to draw attention away from the scandal by providing a series of nonsensical answers to pretty simple questions.

So, getting no coherent answers from Conway’s earlier appearances, Kimmel himself dove in and welcomed Trump’s counselor onto his show “live via satellite” in a desperate search for answers.

RELATED: Somebody put Donald Duck’s voice on Donald Trump, and we can’t go back to normal speeches

“Why did Donald Trump Jr. and the highest level of the campaign staff have a meeting with a Russian in the first place?” Kimmel asked an unsettling puppet version of Conway.

The fake Conway then asked, “Jimmy, do you eat meat? Is that a meeting?”

And then she did what she does best and diverted attention away from the White House: “We should be focusing on Hillary Clinton and the shemales she’s been hiding.” 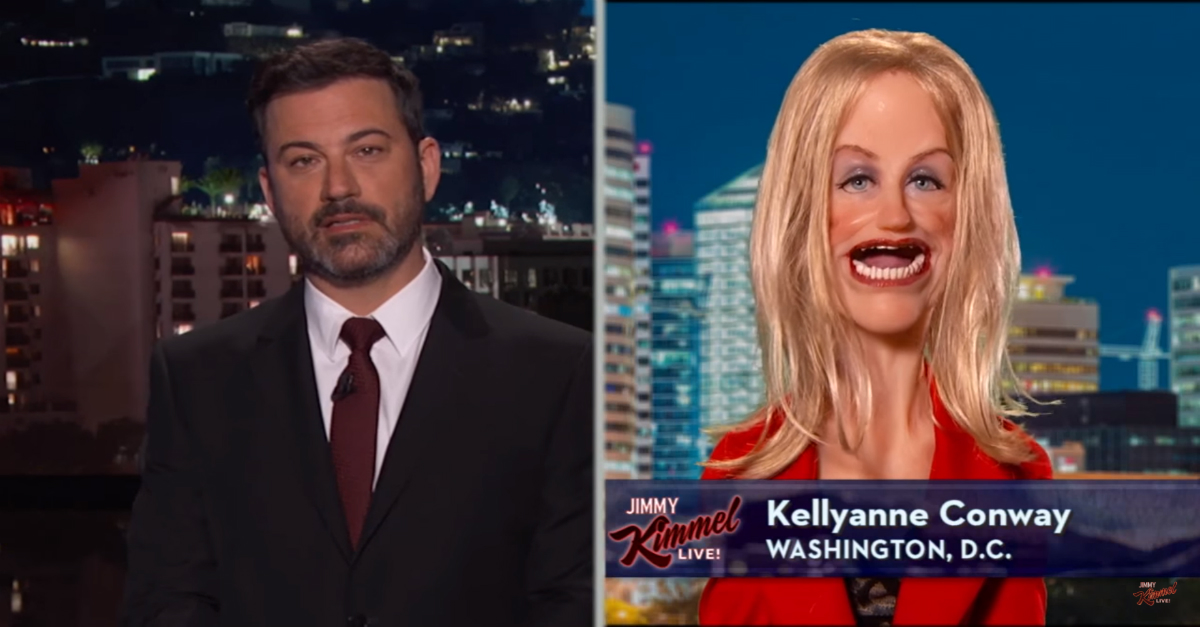